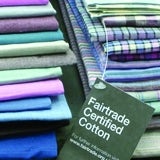 Activity launching later this year will focus on increasing awareness and sales of school uniforms made with Fairtrade cotton.

A “uniform finder” app will guide shoppers towards their nearest stockist of Fairtrade uniform. The organisation believes that while there may have been an appetite for Fairtrade school uniforms in the past, consumers didn’t know where they could buy them.

Tesco and M&S, two of the biggest retailers of Fairtrade cotton uniforms, will offer in-store support.

Fairtrade’s marketing efforts have previously focussed on Fairtrade Fortnight but the not-for profit, which lobbies to get a fair deal for producers and accredits brands that sign up to better standards, is developing an ongoing activation campaign with four “peaks” of activity through the year.

John Tashiro, Fairtrade marketing director, says that the new year round strategy was introduced to close the gap between high awareness of and trust in the Fairtrade brand and action and encourage more consumers to convert to Fairtrade products instead of just raising awareness.

This year’s activity will begin with Fairtrade Fortnight campaign between 27 February and 11 March. 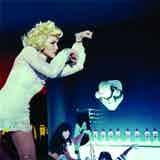 Madonna has partnered with outdoor specialist Clear Channel to screen the debut of her latest music video, “Give Me All Your Luvin”, on digital screens around the world. 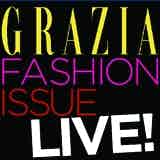 Bauer Media’s Grazia is crowdsourcing editorial content for its London Fashion Week issue as it looks to generate advertising from brands.

Yahoo’s ongoing strategic review has taken effect in Europe with a major restructure of its marketing department prompting some high-profile departures. Read the full story here.