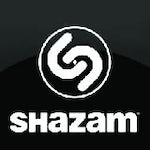 Starting this week, Faithless television adverts featuring the Shazam logo, will be aired on prime time television slots on channels including Sky1, Fiver and Five USA.
Faithless fans with the Shazam App on their mobile phone will be able to tag the Faithless track, ’Feelin Good’ that is playing during the advert.

Shazam will then match the music from its database of over eight million tracks and deliver the Faithless track and album cover, offering ’Shazamers’ links to buy the music instantaneously and tickets to the gig, directly from their mobile.

The Faithless advert will play during the ad breaks in between shows such as Ghost Rider, House, CSI Miami and the feature film Layer Cake.

The Shazam logo will be embedded into the advert so that users can tag at any point during the broadcast to get their Faithless tag result to the new album.

Additional features including Faithless tour information and YouTube videos will also be available through the Shazam App.

This UK-initiative comes on the back of ’Shazamble’ advertising and programming in the US. Shazam worked with Levis brand, ’Dockers’ to promote their ’Wear the Pants’ campaign shown in the famous Super Bowl ad breaks and with NBC Universal network, Syfy to add Shazam to programmes Warehouse 13 and Eureka.

Viewers who ’Shazamed’ the programmes had special content delivered to their mobiles and were entered into a sweepstakes to win prizes.

“Shazam is quickly becoming an integral part of the marketing mix for bands and brands. We’re offering an interactive and engaging experience that makes the leap from watching an ad on TV to buying a track or booking a gig ticket simple and seamless on the mobile,” says Andrew Fisher, CEO of Shazam.

“Faithless’ fans know the band for being cutting-edge in their music, and this is also reflected in their marketing.”