The defection comes a few months after Anomaly won the Sony Europe account from Fallon.

Fallon recently announced that it is to make 10 redundancies and in a separate move senior creative director Tony McTear is leaving the Publicis Groupe-owned agency.

Fallon was appointed to handle the SeeSaw advertising business last October and was also appointed to work on Innocent. However, the recent acquisition of Cadbury by Kraft raises the question over whether it will retain the chocolate manufacturer’s business.

The agency is also facing a review of its place on the BBC agency roster this year and saw its Asda business handed to sister agency Saatchi & Saatchi last year. 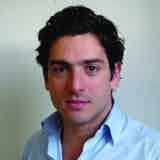 Xenios Thrasyvoulou, founder & CEO of PeoplePerHour.com, argues that virtual business principles should be at the heart of any recovery plans. 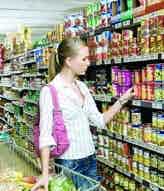 Supermarkets are causing “collateral damage” to brands with inefficient price promotions launched in their pursuit of market share, according to a report published by the IPA today (4 February).

Data was the must-have skills set at the start of last year. As the recession deepened, however, even these darlings of the business world faced pay cuts and job losses. David Reed finds out what the prospects are in this sector as the recovery starts.