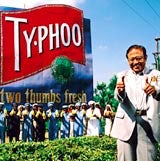 Premier International Foods has reduced the roster for its &£6m creative accounts to two agencies, with Fallon and Delaney Lund Knox Warren emerging as the winners of a four-way pitch.

Fallon has won the company’s flagship Typhoo tea account, worth about &£3.5m, as well as work for London Fruit &amp; Herb, HP Beans and Smash.

Delaney Lund will continue to handle Cadbury hot chocolate drinks, but has also gained the Chivers and Hartley’s preserves accounts as well as Haywards pickles.

WARL, the incumbent on the HP and Smash brands, and Leith London, lost out.

Mother, which handled Typhoo, decided to resign the account after the pitch was called. The review went through the AAR.

Delaney Lund chairman Greg Delaney says: “It’s fantastic to get this vote of confidence from Premier. The new management team is injecting dynamism into Premier, and Delaney is looking forward to helping them build these great brands.”

“All agencies developed strong proposals and demonstrated the will to make it work. Delaney Lund and Fallon struck us with surprising insights and I believe Premier will now have credible, motivating messages with which to make an impact.”