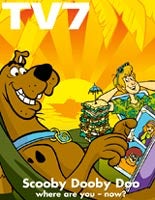 In theory, a customer magazine can be an effective way for companies to maintain or revive brand loyalty and to inform readers of new products or services. But in order for it to be a truly effective marketing tool, it has to be read – and preferably enjoyed – by customers. Many customer magazines, however, fall into the trap of being little more than a force-feeding tool, lacking in creative content and devoid of style.

Specialist Publications managing director Jim Addison, whose clients include NatWest and Peugeot, is fully aware of the danger of losing readers’ attention: “In deciding on editorial content with our clients, we never forget that the majority of customer magazines are sent to the reader unsolicited. So, it means the content and style have to be spot-on, otherwise the magazines don’t get read.”

Contract publishers are under pressure to produce customer magazines that are interesting, creative and innovative; that go beyond the kind of promotional depth that you might find on a poster hoarding. Julian Treasure, chairman of Just Customer Communication (formerly TPD), whose clients include ITV Digital and RAC, says: “Unless the magazine works for the reader it will not work for the client. Customer magazines are long-term vehicles that rely on building trust and are not suitable for short-term fixes.”

Many contract publishers believe it is important to nurture a creative relationship with clients, and advise them on editorial content to maximise the magazine’s impact.

Alison Booth, group editor of Illustrated London News Group (ILNG), whose clients include Hoverspeed and GNER, says she is keen to establish a close relationship with all ILNG’s clients for the simple reason that “the more we know about their business, the better the magazine will be.”

Addison agrees, but stresses that publishers should also be aware of their own limitations: “We certainly do not pretend to be all things to all people, and even if we tried, our clients wouldn’t believe us. But our clients do realise that we understand their market and welcome our input in areas that might not be considered our main expertise.”

But many contract publishers choose to double as marketing consultancies in order to help the smooth running of the creative process.

Square One Group commercial director Sean King says his company started out as a publishing agency but now offers a wide range of creative services. He says the change was brought about “by the needs of our clients – Square One had to adapt and bring in expertise in other disciplines such as in creative and account management.”

Treasure agrees there is no reason why agencies should not extend their role: “Why should there be a conflict between marketing and editorial integrity? Readers have in common the fact that they are all customers of our client and this needs to be explicit. For most modern clients the job is to align the company’s interests with those of its customers and vice versa – not to rip people off,” he says.

But customers are at risk of being ripped off the company has little interest in artistic control beyond the basic mantra of sell, sell, sell!

Contract publishers that are willing to experiment creatively and take a few editorial risks with the magazines they publish are far more likely to attract the higher-profile celebrity or expert writers to contribute to them. Booth explains how the creative process works on the titles that ILNG publishes: “We commission specialist writers for major features, with smaller news items being written by in-house staff. The choice of writers is down to the editor, who sets the tone of the magazine. Expert and celebrity writers are usually happy to write for all our publications as we aim to come up with ideas that spark their interest, treat their words seriously and present their work in an attractive way.”

Addison says that for his company, the choice of writers is based on whether they will “add to the overall achievement of the client’s objectives”. He explains: “In Rapport – the magazine for Peugeot customers – we regularly use John Inverdale from the BBC to write about sport, and Chrissie Iley from the Sunday Times to write about personalities. Equally, in the financial services market we’ll use named journalists from the financial press as they help present an independent view and prevent our magazines becoming simply editorial direct mail.”

But creative input has to be appropriate to the publication. As Addison says: “Putting, for the sake of argument, Lorraine Kelly on the front of a financial services providers magazine is unlikely to cut the mustard with readers. She may for all I know be a thrifty Scot, but that’s where her relevance to financial services ends.”

Let us entertain you

There’s no doubt that some customer magazines, such as those provided in the travel sector, more naturally lend themsevles to entertainment subject matters than, say, magazines for customers of a financial service. But as King explains, a creative approach can still be used even for clients based in a market that would not normally be expected to benefit from it. “One of our clients, Gateway Computers, wanted a customer communications tool that raised its profile among potential PC buyers. But more importantly, it wanted a magazine that could reflect the Gateway story and sell a lifestyle rather than the technology.

“Unlike others in the market, Gateway used high-quality, lifestyle photography and editorial content to convey the essence of the brand without getting bogged down in the technology.”

Gateway Computers retail marketing manager Tracey Curren says Square One brought invaluable creative input to the magazine: “Creatively Square One is very keen to push the boundaries, rather than just giving me what it thinks is the easiest solution. It has put a lot of effort into producing a publication that stands out from the crowd: the approach, the design and copy were refreshingly different to the norm.”

There is a great future in store for customer magazines that push boundaries, offer stylish editorial and still manage to show off their client’s services effectively – but without the overtly hard sell.

But is the raising of editorial standards on customer magazines something of a double-edged sword? Could agencies be pushed out by the publishers of general lifestyle titles hoping to take advantage of rising circulation figures and the increasingly diverse editorial content of customer magazines?

Not according to King. He claims that the creative input and care that the smaller agencies provide is far more likely to produce effective creative results and work out a lot more cheaply. “Because customer magazines don’t generally have the benefit of copy sales, cost is a critical issue ,” he says, “and it tends to be more difficult for the larger companies to provide the kind of cost-effective solutions required. Very few brands or commercial operators can afford to use the big names in publishing as the cost differences can be considerable.”

Curren supports King’s argument. “I find that working with smaller agencies such as Square One is not only more cost-effective but I also get the kind of creative treatment that I’m looking for. They try harder and the senior people aren’t just present for the pitch but are involved all the way along.”

But Addison adds a note of caution: “There are still many dire customer magazines out there which are put together for inexperienced clients by inexperienced ‘publishers’ who could well be a small ad agency, a PR company or a sales promotion outfit.” But he remains optimistic that the industry is heading in the right direction and “improving in leaps and bounds”. He says: “We have a major lifestyle magazine of about 68 pages with a circulation in excess of 300,000, which regularly generates a response rate of 14 per cent-plus from consumers – that to me says: ‘we’re getting it right’.”

Customer magazines that have succeeded in achieving quality editorial and design standards were recognised last Thursday (November 22), at the APA annual customer magazine awards. The winners are:

Most Effective Travel and Leisure Title

Launch of the Year

Integrated Marketing Solution of the Year

Designer of the Year

Editor of the Year

Customer Communication of the Year

Procter & Gamble (P&G) and Unilever are planning to halt all advertising and marketing support for their dry washing detergent brands till April 2002, following a change in their product formulations.

Golf England, the AA-owned golf membership scheme, has appointed TDA to its Â£5m direct marketing account without a pitch.