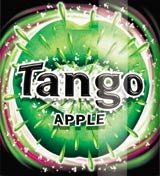 The biggest surprise about Coca-Cola’s decision to launch an apple version of Fanta in the UK is that it has taken the soft drinks giant so long, according to some observers. Others believe that Coke risks watering down the Fanta range with the new variant and that it will be a brand extension too far.

Plans to introduce the flavour have been afoot for more than two years now, and it emerged last week that Fanta Apple Splash will finally be launched early next year (MW last week). This comes after the relaunch of rival carbonates brand Tango this June and the major activity surrounding Apple Tango – owner Britvic is spending &£2.2m on an advertising campaign and a bizarre “Apple Tango Big Drench Roadshow” that visited 12 towns across the UK during October.

Apple Splash will be launched just as other Fanta variants may be losing their fizz. In the past few years, Coke has been launching a new extension to Fanta each year, and some say this year’s Zesty Berry launch has not become one of the more popular flavours.

The new Fanta Apple Splash will be a low-sugar drink, which could be a winning formula. It will not be saddled with the “diet” tag, which may be inappropriate for its young teenage market, but the fact that it is low in sugar could make it a hit with parents. Offering low-sugar alternatives to sit alongside diet versions appears to be part of a trend by food and drinks manufacturers. Cadbury says it is considering launching a low-sugar variant of its Diary Milk chocolate (MW last week).

Coca-Cola Great Britain marketing director Julia Goldin says: “The launch of Fanta Apple Splash is in response to consumer needs. We know that they want both an apple flavour from Fanta and a low-sugar formulation. This new variant will help us to continue fuelling Fanta’s growth.”

But Marcel Willems, a director of consultancy Drink Works and a former Coca-Cola executive, says: “If anything, this is a bit of catching up from Coke. Apple has proved a widely accepted and palatable flavour – it is used as the base in Coke’s Winnie the Pooh Roo Juice range for young children – and has greater potential than, say, Zesty Berry. Apple appeals slightly more strongly to girls.

“Flavour extensions create growth in the short term because they are something new to try. The target market for Fanta – young teenagers – is happy to experiment, but the key will be to convert that trial into a long-term habit,” he adds.

Coke has been able to leverage its distribution muscle to help turn Fanta into the fastest growing soft drinks brand in the UK since it was re-introduced in the Nineties. In 2002, take-home sales of the brand increased 50 per cent to &£149m, and its 173 million litres turnover made it the third-biggest-selling carbonate after Coke (926 million litres) and Pepsi (232 million litres) (source: AC Nielsen). The brand’s advertising, created by Soul, is also credited with boosting sales.

But other observers wonder whether Fanta is stretching itself too far. Apple Splash will be its fifth flavour variant alongside Orange, Fruit Twist, Icy Lemon and Zesty Berry. Retailers inevitably struggle to find shelf space and may drop Fanta’s other flavours to make room for it, so diffusing the clarity of the Fanta range. Coke may succeed in lifting sales in the short term but at the risk of the brand’s long-term health.

This is something that Tango has learnt the hard way. Its June relaunch was partly an excuse to rationalise its range. Britvic director of brands Richard Collins says: “Tango went down the route of trying to support a number of variants and we’ve moved away from that. The thinking behind the relaunch this summer was to remove some of that complexity from the range.” Out went Tango Tropical and three of the diet variants, reducing the range to Orange, Diet Orange, Apple, Cherry, and Fruit Fling.

Collins believes Coke may be trying to take a share of Apple Tango’s sales with the Apple Splash launch, but he says: “Tango Apple has a 15 per cent juice content; I’m sure Fanta will have nowhere near that.”

He believes there are early signs that the Tango relaunch has been a success. “The latest Nielsen figures show we are achieving the highest market share for three years, we have a 10.5 per cent share of the “fruit fizz” market (carbonates minus cola and lemonade) against a low of 6.8 per cent in 2002.” These are Nielsen figures for September, so offer a limited insight into the brand’s performance.

In truth, there is everything to play for in the soft drinks market. Consumption of fizzy drinks has increased by a third since 1991 to 101 litres per person in 2001 (source: Zenith International) and manufacturers see even greater potential. Low-sugar products could be key to making soft drinks more acceptable with health campaigners and parents. The success of Fanta has been relatively undimmed so far by Tango’s relaunch – Coke says sales of Fanta have increased 26 per cent by value in the past 12 months, though this is a slowdown compared with 2002. The launch of Apple Splash will be watched closely to see if it further damages its rival and overstretches its brand.