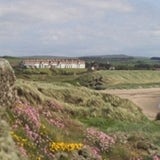 London is losing ground as the top venue, and it’s not just about price. Diversity, rural retreats that add focus and historical forums are persuading planners to head for the regions. By Jo-Anne Flack

As a venue, London has had it fairly easy until recently. It has been able to draw people to visit the famous and historically exciting capital – even during the 1970s and 1980s when it was blighted by IRA bombings – but there wasn’t much in the way of competition elsewhere in the country.

The IRA may have moved on, but so have the so-called rural locations. There is now little to differentiate in terms of quality and standards between a London venue and one in Yorkshire or Scotland, for example. And after the terrorist attacks in the City last year, London has again become a city that feels less than safe.

At Performance &amp; Motivation Management (P&amp;MM), Benjamin Hunt is business development manager, travel and events. He says: “No one blows up public transport or civic buildings in Newton Blossomville. The most dangerous extremists in Moles Cross make cutting remarks about the quality of jam at this year’s county fair.

“In truth, our cities are no more dangerous than any other location in the UK but if you’re attracting visitors from overseas, a rural location will help alleviate the worries of those left at home.”

Even without the bombings, London is increasingly under pressure. Speak to anyone about why an event organiser may choose a venue away from London and price is always the top of the list.

Graeme Powell is European managing director of iBAHN, the largest provider of managed internet connectivity to hotels and conference venues worldwide. With 60% of iBAHN-enabled events held outside London, Powell says he has noticed a trend away from the city. “London prices are perceived to be too high. Lower budgets are driving a move to other metropolitan cities, where room and conference rates may be cheaper, but the brand ubiquity of venues offers the customer the comfort of a standard service offering, which is liked and trusted,” he says. “Often, regional locations offer more options for team-building exercises than London hotels, and this can be seen as added value.”

More for your money

Samantha Gillis, sales co-ordinator at Highpoint, a conference centre in Leicester, agrees: “If you hold an event outside London, your money definitely goes further and you can spend it on something like higher-profile speakers.”

With the growing number of regional airports with international links, London can no longer lay claim to unique transport facilities and accessibility. In fact, it suffers from the disadvantages of being a crowded city with a patchy transport infrastructure.

Nicole Pickford, marketing manager at The Sanctuary, a conference centre in the Surrey Hills, says/ “It can take an hour to get from one side of London to the other whereas you can get a train from Waterloo to Guildford which takes 28 minutes. If you are an overseas visitor, you can get here from Gatwick within half an hour.”

The Sanctuary’s main attraction is being isolated in 30 acres of grounds, despite being just 15 minutes away from the M25. A peaceful retreat where people can concentrate on what they are trying to achieve is the main appeal of venues, not only outside London but away from any city centre.

In this context, Scotland has emerged as a serious contender when it comes to attracting both local and overseas visitors. Corporate sales and marketing manager at The Westin Turnberry Resort in Ayrshire, Charlotte Dickson, says venues in Scotland don’t tend to compete against London because what they offer is so different. “Scotland as a whole has a very good selection of venues and has a huge amount to offer,” she says. The Westin Turnberry is set in 550 acres of land with a golf course; this appeals to overseas guests and Americans in particular.

Hunt says: “At venues such as country houses, people will stay put – you’ll have a greater level of their attention and more time to get to know them after the serious business of the day is concluded. Business people spend a huge amount of time in bars, restaurants and other city hot-spots. How often do they get a chance to play polo or try their arm at shooting, fly-fishing or even duck-herding?” 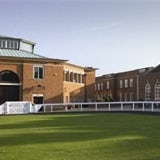 A ring of exclusivity

It is the exclusivity of venues outside London that are beginning to appeal more to venue organisers. Tattersalls in Newmarket, for example, has just hired an events manager. Tattersalls is renowned as the world’s leading auctioneering house of thoroughbred horses, and events manager Mary Paltridge says: “The main advantage of holding an event at Tattersalls is the ability to have totally exclusive use of a prestigious venue. The Sales Ring auditorium is not only historically interesting, but an â¢incredible place to hold product launches, seminars and meetings.”

Diversity is what appeals to event organisers. Business tourism manager at the Yorkshire Tourist Board Nick Bond says: “In my experience, conference and meeting planners demand diversity in their choice of venue. London has been the only place that has truly offered this. However, in recent years, other regions have been raising their game, which has caught the attention of planners.”

Bond adds that international delegates are much keener now “to see a bit more of the country than just London”.

Aware of increasing competition, London is fighting back. Head of logistics at Jack Morton Worldwide, Pamela Berners-Price, says: “London has realised it must work a lot harder and show that it is a versatile destination that can offer value for money in order to hold on to its ‘preferred location’ status.

“The general perception is that London offers the best service and quality but this really varies from venue to venue and is not necessarily dependent on location.”

When it comes to hosting big events and trade shows, venues like Birmingham’s NEC is becoming known as an international trade event arena and can quite easily compete with London in terms of quality and facilities. Creative director and co-founder of design agency Juice, Stuart Larkman, says: “With fewer shows being held outside London, each event will automatically hold more prominence and industry figures suggest that the average consumer will attend only one show per year. As such, the chances of it being your show are much more likely if you are not fighting competition from similar [events] in the same city, namely London.”

Larkman also returns to the theme of value for money, adding: “At all venues outside London, exhibitors can afford much more space per square metre than they can in London. This may free up extra cash for more than just a pop-up stand and in doing so attract more traffic to the stand. However, this has to be weighed against the potential drop in overall exhibition attendance and therefore your return on investment.” Larkman’s last word is for the capital – particularly as a city with the ability to host large, international events. “London remains the number one venue for events. Being the capital, exhibitors have access to the top designers and builders for their stand. London is still the powerhouse of the country and will remain so for the foreseeable future.”