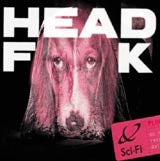 The Sci-Fi Channel has appointed Farm Communications to handle a 2m advertising and marketing campaign to promote its Ultimate Gamer gaming championship.

The campaign will include cinema and press ads, and online and in-store activities. A 60-second cinema ad will be shown in 35 UCI Cinemas in mid-May, while press ads will appear in Empire and Official PlayStation2 magazine. A dedicated microsite has also been launched to carry daily updates on the contest.

The Sci-Fi Channel’s Ultimate Gamer gaming championship has a prize fund of 50,000 and is touted as “Britain’s biggest ever mainstream gaming competition.”

The appointment is the first piece of business handed out by the TV channel’s new marketing director Eleanor McBrien, who was appointed to the role early this year.

McBrien, a former NatWest and U>direct marketer, joined the channel in March. Prior to her appointment, the channel worked with Heresy for advertising campaigns. Rocket handles media planning and buying.

McBrien is expected to create a roster of agencies to handle work on a project-by-project basis.

Sci-Fi Channel is owned by Universal Studios Networks. Last year the channel launched a controversial 250,000 campaign for “Headf**k”, its youth-oriented programming strand. The 12-part series was fronted by David Icke.