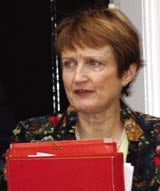 The London-based agency will oversee the delivery of the event, which is intended to be a school-age version of major sporting events such as the Olympic Games

The first four-day championship is scheduled to be held in Glasgow in September and will include athletics, swimming, gymnastics, table tennis and fencing. It will also feature an athlete’s village.

Chancellor Gordon Brown has agreed to fund the annual competition until 2011, and ministers want different cities to “bid” to host the games each year.

Secretary of State for Culture, Media and Sport Tessa Jowell says: “The UK School Games is a brilliant way to capture the power of sport across the UK and inspire generations of youngsters to get involved in sport.” Richard Caborn, minister for sport, adds: “This event will build on the Government’s plans for putting competitive sport back into schools, so that kids across the country, regardless of background, have the chance to go for gold on their own sporting stage.”

Fast Track was founded by former Olympic silver medalist Alan Pascoe and sailing champion Edward Leask in 1998 following the sale of their sponsorship consultancy API International to the Interpublic group. Its clients include the BBC, Volvo, and Camelot.