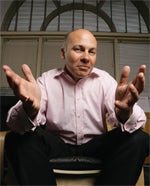 The coalition government must be doing something right. After all, if every corner of the media industry is railing against some aspect of government policy, then it is probably treading the fine line between various vested interests rather well.

But there’s no doubt this government is unsettling the media sector – and while some of this is perhaps unavoidable, much of the disquiet has been of the government’s own making.

Let’s take the established difficult decisions first. It was always going to be a tough decision for Vince Cable on whether or not to refer News International’s bid for the remaining stake in BskyB to Ofcom or the Competition Competition. Sky will argue, with some justification, that it has won a fair market fight across two decades since the battle of the squarial vs the dish. Depending on your political leanings, Sky’s success in achieving 10 million subscribers, paying more than £40 a month for its services, is either a free-market triumph for risk taking and innovation or a threat to media plurality and democracy. So that one was never going to be straightforward.

Nor was the battle between the music industry and ISPs on illegal downloading going to be an easy one to solve. TalkTalk and BT have just been granted a judicial review of the Digital Economy Act by the High Court. They are unhappy that the act requires them to take action against suspected illegal file-sharers. A judge will now scrutinise whether this is legal and justifiable.

So far so predictable, although having BSkyB, BT and TalkTalk offside doesn’t seem like a good starting point for an industry plan to roll out broadband.

But three other decisions have exposed more fault lines in the Government’s media policy.

First is the new six-year BBC licence fee deal, rushed through after 48 hours of backroom negotiations between culture secretary Jeremy Hunt and BBC director general Mark Thompson. It seems hard to reconcile Hunt’s enthusiasm for the “tough but fair” deal, which he claims will give comfort to the BBC’s commercial rivals, with the commitment to a flat licence fee deal of £3.6bn a year for six years. Given the continuing growth in new homes – all needing a TV licence – the BBC’s income is likely to close in on £4bn a year by the end of this settlement.

And while the BBC has been obliged to find money for the World Service and S4C, it seems to have pulled off an extraordinary deal with its budget in much better shape than most government departments or arts organisations reliant on state support. Just ask the UK Film Council. What would commercial operators – even Sky – give for £20bn of guaranteed income for the next six years?

It’s an odd payoff, too, for those of us licence fee payers who don’t speak Welsh or live in Iran. It is mystifying why we should be obliged to pay £80m a year for S4C when Welsh language television is watched by fewer than 1% of licence fee payers, and £400m every year for the World Service, which broadcasts to countries without licence fee payers, when other priorities like local digital radio, which is enjoyed by nearly 10 million listeners in this country, are left out of the settlement.

Alongside the BBC deal is the commitment to “local TV”. I have not met anyone in the industry who thinks the Government’s proposed state intervention into local TV is anything other than misplaced. Even the authors of the Shott report into its viability did their politest best to say it’s a non-starter. Yet millions of pounds are now ringfenced for a state intervention into local markets already well served by radio, press and online.

So, the media sector must be feeling a bit beleaguered – but at least there’s the prospect of revenues picking up, right? Wrong. COI spending has atrophied in the past few months to next-to-nothing, unravelling years of client/agency/media owner relationships, shared research and symbiotic business planning. Now, there is talk of payment by results. It makes you wonder what all the planners and wonks at Hercules House have been up to. Since these are among the most respected marketers in the industry, if they haven’t been seeking the best possible metrics, who has?

And without a government commitment to major spending, why should media companies look on benignly at leaked plans for a US-style Ad Council which “gifts” excess inventory to government good causes, at the expense of supporting advertisers who keep the lights on. Government doesn’t (yet) assume that British Gas should offer cheap fuel bills to government departments or that drug firms should gift their products to the NHS, so quite why media companies should be expected to give over ad space to fund government policy campaigns while already paying corporation tax, licence fees and spectrum charges to HM Treasury, is baffling.

After the comprehensive spending review, perhaps it’s now time for some serious engagement between government and industry on a comprehensive media review, as all stakeholders have much to gain or lose from the next Communications Act.