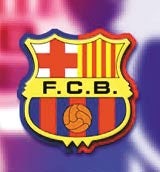 FC Barcelona is understood to have signed a &£13m-a-season shirt sponsorship deal that will see a brand name appear on the club’s shirts for the first time in its history.

It is understood the Catalan club, which won the Spanish league this season, has signed a &£68m five-year deal to promote the Beijing Olympics and its sponsors.

Barcelona prides itself on being “mas que un club” – “more than a club” – and has always believed that its strip is too sacred to carry a sponsor’s name.

But Marketing Week revealed earlier this year that the club was close to signing a sponsorship deal after a spokesman confirmed it was talking to several leading companies (MW March 31).

The Chinese government denied it had been in talks with Barcelona, but sources say the deal has been signed and will give the club, which is struggling financially, a significant transfer budget for next season.

The club had been talking to internet betting company Bet&Win, which made an offer believed to be worth approximately &£11m a season. But the company would have been a surprise choice for Barcelona’s first shirt sponsorship deal, as industry sources had tipped it to go with a bigger brand name.