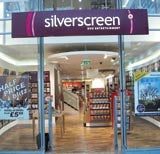 DVD specialist retailer Silverscreen has appointed FCB London as its first advertising agency, and the strategic planning agency Monkey to help in its plans for rapid growth.

The chain plans to spend &£1m on marketing this year – mainly over Christmas – and expects to raise its marketing budget to &£6m next year.

Silverscreen is rolling out stores at the rate of one a week and now has 16 outlets, including stores in Croydon and Lewisham, south London. It plans to have 150 stores within the next two years and is looking for a flagship site in London’s West End.

The retailer, which is backed by venture capitalist Apax Partners, has given Monkey a remit to co-ordinate its media planning and buying.

Silverscreen sells DVDs but is not involved in rental. It is targeting 25- to 45-year-olds, a slightly older market than that served by HMV and Virgin Megastore.

Silverscreen has yet to appoint a permanent marketing director and responsibilities are being handled by acting head of marketing Will Treves.