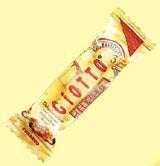 Confectionery brand Ferrero has appointed Nitrosoul to its &£10m advertising agency roster. Its first task will be to handle the launch campaign for its adult biscuit Giotto.

The agency will work alongside Ferrero’s existing agencies WCRS, which handles the Tic Tac, Kinder Bueno and Kinder chocolate brands, and in-house agency Pubbliregia, which has created the most recent Ferrero Rocher ads.

Ferrero marketing director Dave Tucker, who joined the company last summer (MW June 3, 2004), says: “The addition of Nitrosoul to our roster complements our existing roster. Ferrero is committed to working with the best local agencies to produce greats ads that truly connect with UK consumers.”

He adds that the agency has already created a &£4m television campaign to support Ferrero’s positioning for Giotto as a “perfect coffee partner” aimed at 25- to 45-year-old women (MW December 16, 2004). The ad is set in an Italian city and shows coffee drinkers being literally pulled towards a woman who is walking down the street eating a Giotto.

Ferrero is spending a total of &£6m on marketing for the launch of Giotto. As well as the TV ads, it is planning a sampling campaign.

Nitrosoul was created earlier this month after Nitro bought a substantial shareholding in agency Soul. Soul has billings of &£12m and works with Coca-Cola. Tucker, a former Coca-Cola marketer, has worked with the agency before.