The agency was appointed following a competitive pitch and it adds to the work it already does for Fiat’s mainstream marques.

Under the arrangement, Krow will take on all the advertising for Fiat’s range of commercial vehicles, with its first work expected to break in March.

Gerry Clarke, the director of Fiat Professional UK, says: “The pitch asked for a radical approach to marketing in a sector that has been hit hard by the recession, and is incredibly competitive. Krow delivered an idea that challenged us on pretty much every level, and we are very excited about getting it out into the marketplace.”

The appointment comes after Fiat moved its estimated £20m UK media account out of Mediaedge:cia and into Maxus in December last month.

Fiat recently signed up to become the official supplier to British Cycling, which includes the Great Britain Cycling and Para-Cycling Teams. 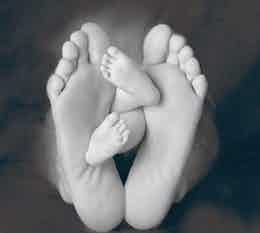 The campaigning clout of mums on parenting websites is widely documented in the media but their power is spreading to influence people’s purchasing decisions – opening up marketing potential for brands that can find the right approach in.

Citroën is using John Lennon and Marilyn Monroe in TV advertisements debuting this weekend, to launch the new DS3.