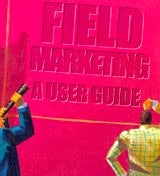 Field marketing suffers from a huge problem. It is virtually invisible, overlooked by the marketing education syllabus, rarely considered by clients and misunderstood by agencies, including its own practitioners, and, in short, has been slow to make an impression.

Yet the field marketing sector is worth more than £350m, according to Alison Williams, chairman of the Field Marketing Council (FMC), part of the Direct Marketing Association. Williams recently attended a round-table discussion to examine the relationship between the industry, clients and trade associations, and to identify how field marketing can raise its profile.

“There’s some confusion about which disciplines sit within field marketing, even at the FMC,” says Williams. “For instance, if you take sales – field marketing’s largest growth area – 60 per cent of people think we are in sales, that means 40 per cent think we don’t, which is quite worrying.”

The DMA has set out to address this confusion by drawing up the “Users Guide to Field Marketing”, which should promote the industry as well as clarify what it is about. The guide nails down six disciplines that FMC considers to be key aspects of field marketing: sales; merchandising; auditing; mystery shopping; sampling and demonstration; roadshows and exhibitions. Letter-box marketing is excluded because it does not involve face-to face contact between salesperson and customer.

Although the term “field marketing” has been in use for more than five years, it is not widely recognised outside the industry.

Williams says that, at a recent lecture at the Institute of Directors about outsourcing, many so-called marketing “gurus” did not know what field marketing was, let alone if you could outsource it or not.

Williams suggests such gurus tend to be academics who sit in ivory towers, ignorant of what is happening on the ground. “If they are unaware of a discipline, how can they teach it,” she says.

Even Duncan at Fort James – a heavy user of field sales staff – admits that he neglects field marketing: “Fort James has just taken on four people and I’ve sent them for inductions at the ad agency, the market research agency, the sales promotion agency, the PR agency, and never thought to send them to a field marketing agency. Sadly, field marketing seems to be at the tail end of the thought process.”

If no one within the client organisation is prepared to champion field marketing, what hope is there?

Part of the problem is that field marketing falls between the disciplines of sales and marketing, with neither embracing it. Worse, sales directors may feel resentful if an external field force is called in.

“Whether you call it field sales or field marketing, I have always found conflict when you bring it into the company,” says Duncan. “The sales teams don’t like to admit they can’t fulfil the role themselves. If the marketing team bring it in, there is usually conflict as to who owns the activity.”

ONdigital’s Martin agrees: “If a marketing director takes on a field sales agency, it’s likely that he has never made a sale. If you’ve had selling experience, you are aware of what is going on in the field. For an agency to be effective, it needs a voice within the corporate body,” he says.

At ONdigital, field marketing has found its champion in the shape of Martin, who was made field sales manager four months ago. Since then, field sales have risen from ten per cent to 25 per cent of overall sales.

For those clients that have not resolved the conflict, it is often a sales promotion agency that will recommend calling in a field marketing specialist, but this also has its problems.

“Sales promotion companies look to field marketing as a last resort,” says Williams, who adds that they often resent the extra cost.

This is also the experience of Headcount’s Garnham: “Field marketing very rarely receives proper planning,” he says. “We often get a phone call from an agency at 4pm when it is presenting to a client at 9.30am the following morning, and wants something extra to throw in.”

Garnham prefers to be briefed directly by clients, saying that when Headcount deals with a sales promotion agency it is often poorly briefed about the client and often badly represented. “I don’t think Headcount has ever worked with an agency that has delivered the standards to a client that we would deliver direct. If there are shortcomings it is easy for an agency that has used a field marketing agency to pass the buck.”

On the plus side, Garnham points out that, during the past three years, most of the largest field marketing companies have been swallowed-up by global marketing services groups. He suggests that this means that field marketing is beginning to be seen as an important part of cross-selling.

Clearly the FMC and other agencies still have a lot of work to do to persuade clients and sales promoters to call in field marketers earlier.

Martin believes that it is often ONdigital’s duty as a client, “to keep the partnership agreement with the agency. You need to keep them up to date with what you are doing. They need to feel empowered.”

“We’re not seen as creative, that’s the problem,” says Garnham. “When people look to advertising or sales promotion agencies, they are looking for ideas. We don’t have a creative department that could go to clients and say: ‘Hey, I’ve got this great idea. Why don’t we implement it for you as well?'”

As a client, Duncan finds that field marketing specialists are often unprepared to take an active role. “I don’t think you need a creative department. Sometimes you just need to look at other people’s business and say: ‘what can we actually do to help them?'”

After many years in the industry Garnham can remember only a couple of times when he has actively courted business. One of which was precipitated by an approach from London Electricity, when it was on the brink of deregulation. Garnham sent a document to every utility company suggesting how field marketing could help build sales. He says: “The next day I received a phone call from every one of them.” He adds that now utilities are among field marketing’s biggest users.

DMA chairman Colin Lloyd believes this sector is doing the most to establish field marketing’s strategic credentials. He says: “Today’s field marketing organisations are sitting alongside corporations and working with them on a long-term basis.” He adds that this parallels the development of database marketing. “Suddenly people began making long-term investments in bureaus. The business and database companies finally sat side by side,” he says.

Williams says that, while the deregulation of the utilities did much to emphasise the benefits of field marketing, the flurry of activity also allowed cowboys – the constant thorn in the side of legitimate players – to take to the streets.

Martin at ONdigital blames programmes like Watchdog for scaremongering: “You get a very small proportion of people going into people’s homes on the basis of deception and they tarnish the reputation of everybody else.”

“You are looking for discipline from agencies, in terms of accounting, invoicing and so on,” he adds. “You have to ask: are a company’s management practices in line with European legislation? How do they deal with customer complaints? If you’re trying to build and protect your brand, you can do a lot of damage to your reputation if you don’t have the right people representing you.”

To an extent the general distrust of field staff works in favour of members of the trade association, who are seen to have more credibility.

The DMA recently published “Best Practice Guidelines on Field Marketing”, which covers aspects such as legal issues, contracts, briefs and ethics. “With the guidelines everybody sings off the same hymn sheet and there is proper transparency,” says Lloyd. “They give the industry a reference point which it didn’t have before.”

Lloyd believes it is vital for the DMA to be seen as ahead of the game, in order to pre-empt problems and make sure that the right legislation governs the industry.

He foresees greater emphasis on the consumer in the future, with demands to give consumers the choice of how they are approached by field marketers. This will bring it more in line with the practices of direct marketing and e-mail activity. He believes field marketing has a great contribution to make to direct marketing: “I think the DM industry has yet to wake up to the opportunity of capturing consumer information in a permission-based environment.”

For her part, Williams recognises that the FMC has a long way to go, but believes it has progressed since setting its three main goals two years ago, when the Field Marketing Association was absorbed into the DMA. The first aim was to improve membership. Two of the biggest players in field marketing – CPM and FMCG – that were not originally members of the FMC, have since joined.

“The second goal is to educate as many potential users of field marketing as to its disciplines and the uses of it,” says Williams. “That’s the one we are working on now, though it’s going to be an extremely tough nut to crack. The third aim is longer-term education, which will involve going to universities and trying to get field marketing onto the syllabus.”

With its three-pronged attack on agencies, clients and academics, field marketing is working hard to raise its profile. It seems the major challenge for field marketing companies is to prove their sales credentials by learning to sell themselves.