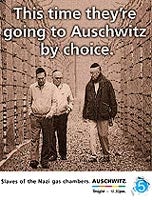 When Richard Eyre, a committed Christian, became chief executive of Channel 5 owner Pearson TV earlier this year, some expected him to start making big changes at the station which has been dubbed Channel Filth.

Would he put an end to some of the seaside postcard smut that can be found on Channel 5 and censor the station’s weekly four hours of soft pornography?

He has admitted finding some of the output distasteful and contrary to his faith, but says he would never allow these views to interfere with the running of the channel.

But last week, Eyre dropped a bomb which has sent shockwaves through Channel 5’s management and has infuriated Lord Hollick, who has a 35 per cent stake in the channel through United News &amp; Media.

At the results presentation for RTL, which owns 65 per cent of C5, and where Eyre is director of strategy and content, he declared that C5’s image was about to undergo a facelift.

It would seek to increase its peaktime audience to ten per cent from six per cent, and extra funds would be pumped into upmarket programming. But this was news to C5’s management and the channel’s other owner, Lord Hollick.

RTL was formed following a merger in April between the TV and radio interests of C5 owners Pearson, and CLT-Ufa, half-owned by Bertelsmann. It was a deal which took Eyre by surprise. He had joined Pearson as chief executive of TV, replacing Greg Dyke when he left to become BBC director-general.

No sooner had he taken up the top role than the merger deal was announced, and it emerged he would serve as number three in the new organisation, rather than number one in the old one.

Friends say he is extremely unhappy about the situation and he felt let down by Pearson boss Marjorie Scardino. But RTL claims this is not the case, as he is third in command of a much larger organisation.

Eyre had spent two years as chief executive of ITV Network Centre, where he pulled out all the stops to improve the channel’s standing. Critics said he announced his resignation when it looked as if the changes he had implemented were running out of steam.

This year, ITV has certainly had a tough time without him, failing to appoint a successor and seeing its peaktime performance decline quite steeply. Its owners have admitted to “taking an eye off the ball” as they concentrated on consolidating from three to two owners.

At last week’s presentation, Eyre and RTL chief executive Didier Bellens said that C5 was about to receive a significant boost to its programming budget, up from its present £120m to about £200m. This came after the news that C5 had moved into profit for the first time since its launch three years ago, with an operating surplus of £1.8m.

In boosting the programme budget, the channel would move away from its downmarket positioning, said Eyre and Bellens,

An RTL spokesman explains: “The parallel Didier drew was between C5 and the French station M6, in which RTL has an 84 per cent stake. M6 had as risquÃ© an image as C5. Over time, it changed and improved its performance. It’s a progression.”

If the news came as a shock to those at C5, it was an even bigger shock to executives at United News &amp; Media. If the budget were to be increased by £80m, then UN&M could expect to put in 35 per cent of that – £28m. But Hollick is thought to have been unaware of any such agreement, let alone the announcement, and he is understood to be “spitting mad”.

This could all be posturing ahead of the expected sale of UN&M’s stake in the station (valued at £350m) to RTL, as Lord Hollick’s company withdraws from TV (after selling its ITV business to Granada in July.) But the deal is taking longer than anybody had expected.

But one UN&M source underlines the rift that seems to be developing between the two C5 shareholders, saying: “The notion that RTL, a 65 per cent shareholder, can announce an increase in budget unilaterally is slightly naive and unprofessional.”

Doubts have even been cast over RTL statements saying it has talked to UN&M about buying out its remaining stake in C5.

Last week was not the first time Pearson and RTL had attempted to outmanoeuvre UN&M. When the deal bringing together Pearson and CLT-Ufa was declared, UN&M was not informed until the announcement was made.

The announcement said: “Eyre, chief executive of Pearson, will be the executive director responsible for leading the content business and directing the new group’s future development. Eyre is also expected to become chairman of C5.”

Again, this was the first Lord Hollick knew about the C5 chairmanship for Eyre. But the merged entity -which later adopted the name RTL – had failed to check the shareholders’ agreement which stipulated that the chairmanship was rotational and was to pass automatically to UN&M.

Eyre’s chairmanship of C5 has been duly cancelled, and it will be handed to a UN&M nominee if it stays in the picture. Perhaps this is another reason why people who saw Eyre at the Edinburgh Television Conference in August thought his face looked as if he had been sucking on lemons.

UN&M insiders say the company has been unhappy that since CLT-Ufa took merged with Pearson, “so many public pronouncements have been made without consultation”.

Could it be that Eyre is attempting to flex his muscles over C5, even though his influence is waning?

In his role at RTL, he is spending a lot of time in Luxembourg. And this week he is on an RTL roadshow to talk to investors in the US. Not a situation designed to make a hands-on operator like Eyre jump for joy.

Eyre is a change agent

“He’s something of a change agent, drawn to jobs where there’s a need for change. The question is, what is the role for Eyre at C5, since David [Elstein, chief executive] and Dawn [Airey, programme director] have it all sown up?” says one of Eyre’s friends.

Even if RTL manages to make more funds available for programming, it is debatable how much it will be able to influence the channel’s new direction.

Clearly, the C5 management has been crying out for more programming funds for years. For the sake of a couple of million pounds, the station could have won the rights to screen Big Brother, which it might reasonably argue is a natural C5 programme – talked-about TV for a mid-market audience.

The heated discussion at the Edinburgh TV Conference between Hytner and C4 director of strategy David Brook is evidence of what a touchy subject this is for C5. As one observer says: “Even Brook knew this was not a natural C4 programme, but should have been on C5.”

Hytner denies this, and rejects the suggestion that the loss of Big Brother has caused a fundamental rethink leading to Eyre’s statements last week. But media buyers believe that if C5 is to increase its audience share, it will need to come up with some more memorable programmes. C5’s answer to Big Brother, Jailbreak, appears a pale imitation.

John McGeough, broadcast director of Manning Gottlieb Media, says: “It’s meant to be a modern mainstream channel aimed at the 25 to 45 age group, but it needs a broader appeal – most of what it puts out is missable. It hasn’t come up with a single programme which is ‘appointment to view’.”

With the defection of the “face of C5”, Kirsty Young to ITV, observers say the channel has lost its last vestiges of personality. It needs a face, an image, a reason to watch it other than the prospect of something saucy. Its films are thought to attract mid-market women, but give little personality to the programme. It needs a soap, a homegrown programme that will identify itself.

Eyre said last week there would be greater emphasis on drama to attract viewers from ITV and BBC. In that case, £80m may not go very far, as drama is “fantastically expensive”, one rival says.

An observer comments: “Nick Milligan [C5 sales director] has done a good job, and brand owners feel good about seeing C5 on their schedule. But if C4 has the market for quirky and BBC2 is getting more serious, where does that leave C5? What is the strategy, what is the next phase?”

Hytner says that if the extra funds are forthcoming: “I do not think we’ll change the fundamental approach to marketing. We have taken the position of a challenger brand – until we are number one we will behave like number two, more aggressive than the competition.”

He says the station’s positioning will be maintained even if the programme investment is boosted: “We will still adopt guerrilla tactics, still try to communicate our core values of being fun, confident and ballsy.”

C5 has even been accused of having advertising – through agency Walsh Trott Chick Smith – which is just too good: “The press and poster advertising is more impressive than the programmes,” says John McGeough, broadcaster director of MGM. “Over-promising” can lead to disappointment when consumers try the product, and may backfire.

Because of the volatile relationship between C5 and its owners, it seems anyone in authority can make a controversial policy statement, just to test the water.

The consensus is C5 needs to develop the next stage of its strategy if it is to continue building market share. To stand still is highly risky in a TV market subject to intense competition from digital platforms.

The patrician, aloof and intellectual Eyre fits strangely into all this – if C5 needs to move upmarket, he is surely the person who can help this happen. He would certainly be happy if the station moved away from its “football and fucking” positioning.

At all events, he cannot relish news that C5 is planning a programme where a vote is taken on whether couples should divorce has already outraged Church leaders. Some observers believe Eyre’s qualities would, ironically, be more suited to running the BBC than those of populist Greg Dyke and that their jobs should be reversed. Yet if Eyre is ever to have a crack at TV’s top job – BBC director-general – he will have to show how he has made a difference to C5. Moving it away from the smut could be the ideal opportunity.

But more than anything C5 needs programmes that brand it in the public consciousness. Otherwise it will be what you watch when there’s nothing else on.