Eight years on from the global financial crash, most consumers remain in a ‘recession mindset’ and feel squeezed in their personal finances, new research conducted ahead of the EU Referendum suggests.

The study by communications agency BJL, seen exclusively by Marketing Week, finds that deal-seeking behaviour is entrenched as consumers look to brands for transparent, value-driven propositions, and this mindset is only set to continue following the Brexit vote. The British Retail Consortium has already warned about the potential for higher prices as a result of the ensuing market volatility.

The survey of more than 3,000 UK adults forms the second Marginalised Masses report by BJL, following the first edition two years ago. It finds the group of people categorised as ‘marginalised’ – meaning those who have used credit cards, loans or their savings to pay for everyday essentials – has remained at around 60% of the population. This group is broken down into three further sub-categories: ‘creative budgeters’, ‘treading water’ and ‘no safety net’.

The ‘no safety net’ group refers to people under the most pressure with their personal finances, including those who have been forced to downsize their home or move to cheaper accommodation and people who have used food banks or payday loans to make ends meet. The size of this category has grown by two percentage points over the past two years to 14% of the marginalised group, suggesting an increased strain on the poorest consumers.

The ‘treading water’ category, meanwhile, refers to those who have used an overdraft or their own savings to pay for everyday expenses. This group has grown from 47% of the marginalised group in 2014 to 53% this year. As these sub-categories of under-pressure consumers have grown, the size of the ‘creative budgeters’ group – those who use credit cards to pay for essentials – has fallen from 41% to 33%.

BJL CEO Nicky Unsworth believes economic pressure on consumers has remained intense over the past two years, but that people have become more savvy about how they deal with brands. “The hypothesis behind our last research was to do with all the talk about ‘green shoots of recovery’ and the idea that consumers were getting back to where they were [before the recession],” she explains. 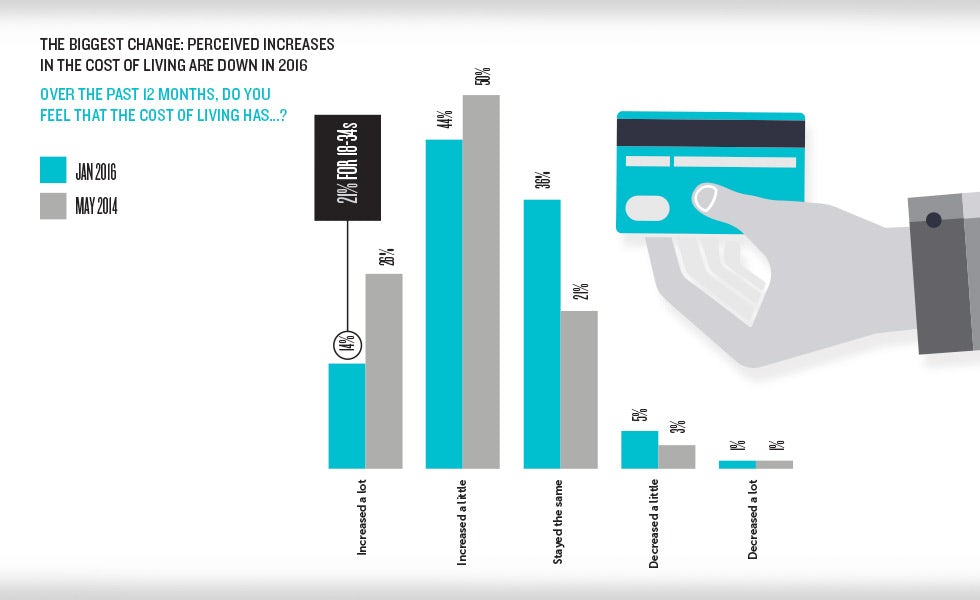 “We decided to test that idea and found it was not the case. We are in a similar position [with the latest report], but it feels as though consumers are a bit more sophisticated and really understand now that value has many layers and dimensions.”

In addition to the survey, BJL conducted qualitative research to draw out insights from interviews with consumers. Although this reveals an ongoing preoccupation with price, Unsworth says it also demonstrates consumers’ willingness to set money aside and spend big on the things they consider to be valuable and worthwhile.

“There was talk about ring-fencing [household budgets] to allow people to do the things that are important to them,” she notes. “Often that is geared around their children, such as their education, or it might be about creating memories or going on family holidays. They are spending money on things they value and think are important, but to afford those things they are likely to compromise in other areas.”

Brands that can tap into these attitudes and offer value in different ways are best placed to succeed, argues Unsworth. There are also some positive signs from the survey data,
with 27% of people stating that their standard of living has improved in the past 12 months, up from 24% in 2014. Furthermore, fewer people (58%) say the cost of living has increased over the year, down from 76% two years ago. 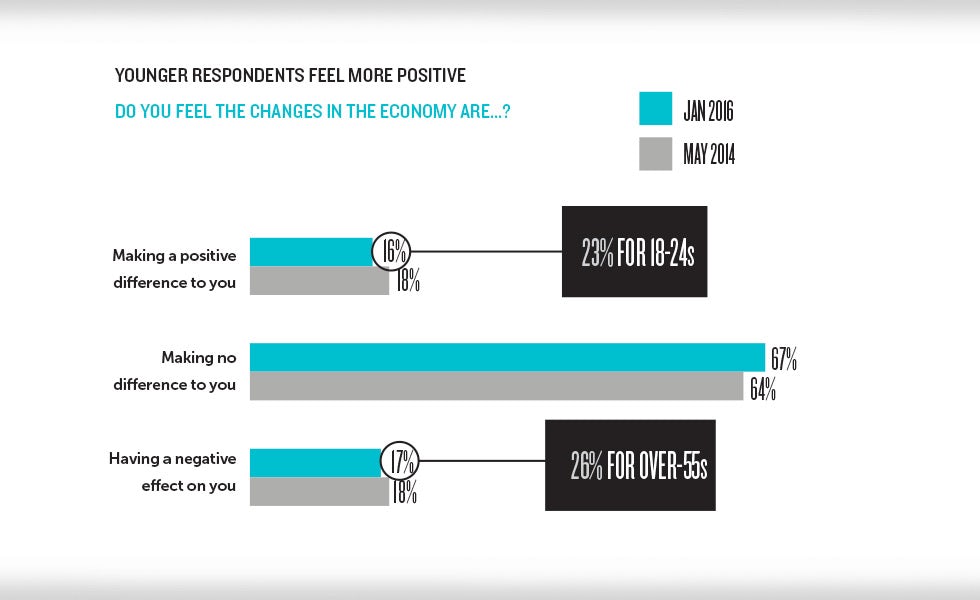 However, the uncertainty created by the EU referendum debate may have had an effect on consumer confidence and undermined people’s outlook on the economy and their personal finances. The research shows that only 39% of people believe the economy has improved over the past 12 months, down from 44% in 2014. A mere 16% of people say the current direction of the economy is making a positive difference to them, though that figure rises to 23% among respondents aged 18 to 24.

Unsworth suggests young consumers are naturally more optimistic about their economic situation because they have less direct experience of the recession. However, she adds that as all consumers use digital tools to search for the best deals and offers, brands must act transparently and seek to offer value to their customers.

“[Young people] aren’t as scarred by the recession,” says Unsworth. “The people who are scarred are those who are financially worse off and have learned behaviours that have become entrenched. There is a swathe of people coming through that have more flexibility with brands because they haven’t experienced it – but there is caution and they are still considerate of their purchases.” 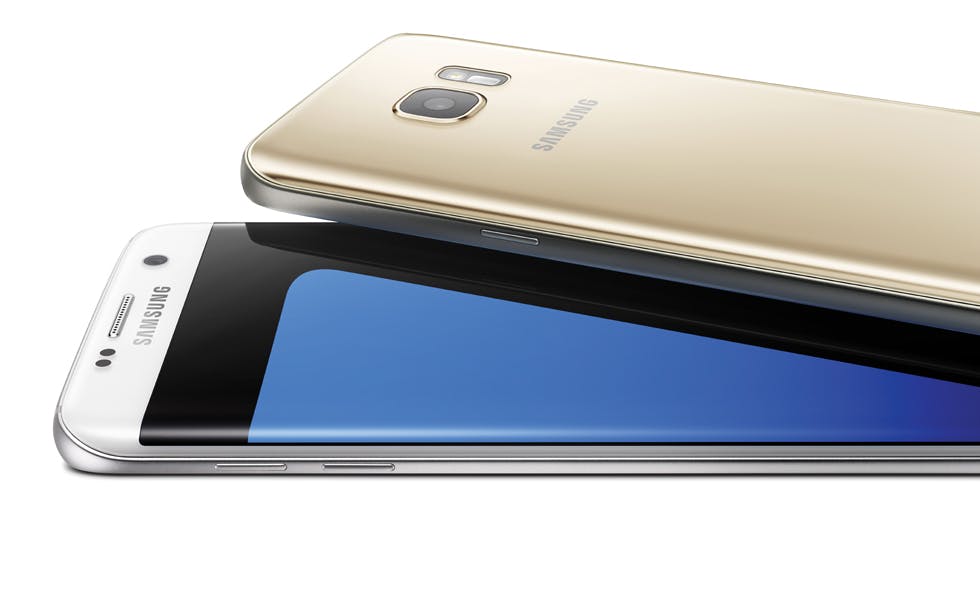 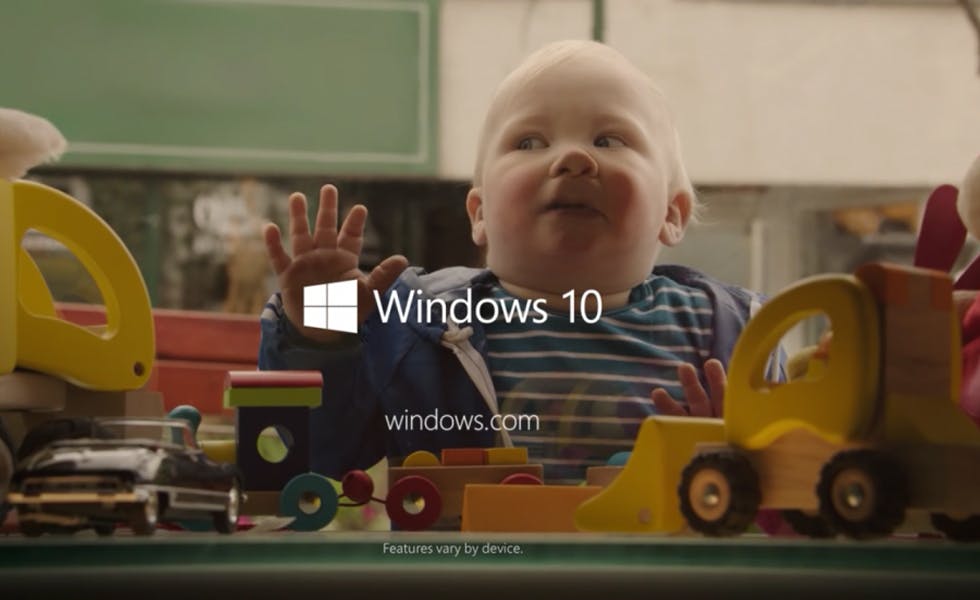 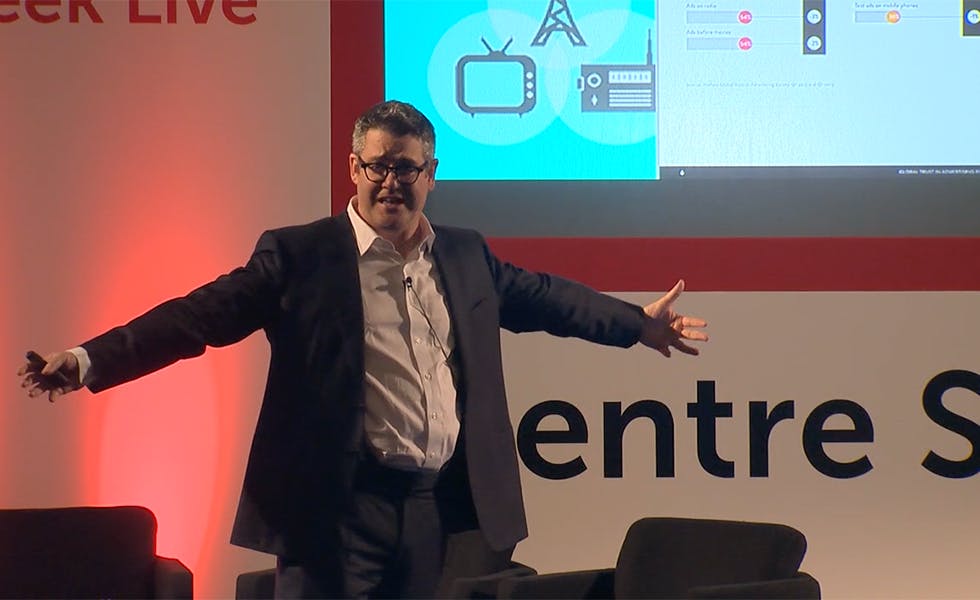