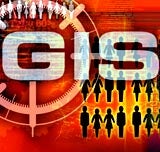 To TV viewers, ER means a Chicago-based drama series. To marketers, it means the electoral roll. For both groups, the content is critical. But while the fictional doctors may lose a patient or two, the direct marketing industry is about to lose the entire UK population.

Following recommendations by a parliamentary working party, initially set up to examine alternative methods of voting, the list of registered voters will no longer automatically be available as public domain information.

Instead, from June 2001, at the point of registering to vote, every citizen will be offered the chance to opt out of having their name and address used for marketing purposes.

While some fighting is still taking place over how this will be worded, how prominently it will appear on the form, and why political parties should still be allowed access to names for fundraising when charities will be barred, the direct marketing industry is facing up to the fact that this data source is about to go off the market.

As a result, attention is turning towards alternative methods. With cost-effectiveness ever in mind, many marketers are considering whether area-level, rather than individual-level, targeting might be worth reconsidering. This means geographical information systems (GIS), which allow area data to be analysed and visualised, could be about to undergo something of a boom.

He points to the success of MapInfo in putting GIS on to the desktop at an affordable price.

A new generation of companies is also discovering just how significant geography can be to their business. Slater says: “You need to understand where people are coming from, because that is a definition of who they are. On the Web, nobody knows who you are, so you need to be able to do geographical analysis.”

Dot-coms are buying into GIS to understand where their customer base is located and where fulfilment resources need to be employed. But Slater also stresses that the system on its own is not enough. “Data is the important thing. For example, MapInfo now says its business is data-centric – mapping is just a component,” he says.

This may create problems for GIS vendors as a result of the loss of access to the ER. One of the major benefits of being able to analyse the UK population geographically has been that, because the same data © set also underpins direct marketing targeting systems, a seamless link has been created between marketing planning and executional tools.

“That link might be broken for some organisations,” admits John Dobson, managing director of EuroDirect. He notes that in his own company, “data strategies are merging more closely with GIS strategies”.

EuroDirect’s GIS – DemoGraf – can be bought either as a marketing analysis tool with postal boundaries, which is invaluable for store locations and leaflet distributions, or with the whole ER loaded to allow catchment areas to be profiled and targeted with direct mail.

“The best solution is a mix of the two. If you look at a catchment, whatever customer profile you have, you find there are hotspots of high penetration of your target market. They are ideal for leaflet distribution, which is the most cost-effective medium. Where penetration is sparse, leaflets are wasteful,” he says.

Dobson adds that the interconnectivity of these systems has been important to improvements in marketing performance over the years. “The great benefits of GIS on the marketing manager’s desk, rather than the estate manager’s or retail planner’s, is that you can look at your catchment geography as defined by shoppers and where you have a big enough marketplace.”

Decisions about store locations or closures can be reached scientifically, based on genuine potential, rather than perceived value. With the issue so much in the headlines at the moment, this could prove beneficial. If Barclays had been able to provide a more detailed rationale for why each branch had to close, based on socio-economics rather than simply blaming customers for using telephone banking, its troubles might have been lessened.

Jonathan Plowden-Roberts, head of consultancy at The Database Group, says this was the approach taken some years ago when the Nationwide and Anglia building societies merged. “It was one of the early major financial services combinations. They had branches in every high street, so the question was which ones to close. They had to understand where people came from to use those branches and what type of people they were,” he says.

Plowden-Roberts also believes the new dot-com organisations will help to fuel the use of GIS. “They still have to have a warehouse where things are stored for delivery, so they still need knowledge of where people are and the type of people who are there. Then you can say whether an existing customer is an isolated case or typical of large numbers of people in that area.”

This growing emphasis on geography and the potential for combining both area and individual-level data has been beneficial for GIS. But if marketers are no longer permitted to use ER data, that could equally undercut the potential of these systems to deliver.

John Belchamber, direct marketing manager for customer insight at Whitbread, says: “We see an opportunity, regardless of the removal of the electoral roll. It is not the means by which you glean customer information. One-to-one contact is still there. We just have to get cleverer.”

GIS comes into play within a hierarchy of targeting. “We start with geodemographics to give us a steer, then get into customer information as a fine tuner. Going to area analysis is one step back from that,” he says.

Without the ability to refer to the ER, it will not be possible to check that targets really do live where the system says they do.

But Belchamber says other data sources will come into play: “The new census information will help. Geodemographic systems like Mosaic and Acorn are based primarily on two or three variables, such as age, life-stage and income. Soon we hope to get those through the census.”

Major data owners are also working hard to put together substitute data sets that might approach the near-universal coverage of the electoral roll. “We see the suppression of the ER in part as a business opportunity, rather than a threat. We are reasonably relaxed that our database, Data Exchange, will reach 20 million records by the end of 2000,” says Dobson.

The big unknown at this stage is the final outcome of the working party’s deliberations. The nature and presentation of the opt out will affect levels of uptake, as will media reaction. Current industry estimates vary between a worst-case 60 per cent opt-out level to 20 per cent. That would still give direct marketers access to between 12 million and 17 million voters’ names and addresses.

Paul Winters, head of marketing analysis at CACI, points out that the impact will not be immediate. “The register being collected in October will become available next summer. It will not have an opt-out for the last time, so we will still be able to use it, even if the next ER is massively opted out,” he says.

Data matching will take place between the two versions to identify changes in the population. In good economic climates like the current one, as many as 15 per cent of households move year on year. That means the year-old ER will still be 85 per cent accurate, Winters points out.

“Even in the doomsday scenario of not being able to use this year’s roll and next year’s getting a 50 per cent opt out, that still means we will have a file of 22 million names which are only 12 months old,” he says. The largest lifestyle databases from Claritas and Experian offer between 11 million and 15 million records, many of which are more than one year old.

Modelling from the rump of the new, opted-out ER will also allow for some important insights and targeting to take place. “At the moment, there is a hierarchy of targeting systems. For certain activities, you work at area level, such as targeting by neighbourhood for leafleting or store openings. Leaflet distributions can only be bought at postcode sector level in any case. Then you go down to postcode and finally individual level,” says Winters.

He does not believe GIS will be a major beneficiary of the loss of access to voters’ records. The benefits of area-level analysis will be recognised for their own sake, not as a substitute for finer techniques. It will no longer be possible for organisations to drive all their planning and targeting systems from the same, unified background data set.

But if that forces clients to work harder to ensure they are communicating with the right people, it will be in everybody’s interest. In ER terms, the patient might pull through.

Produced in association with the AGI Conference, this is the country’s leading GIS event and will feature over 100 exhibitors. The aim of the show will be to educate visitors and offer advice.

The AGI Conference will include a series of end-user case studies from clients such as Shell International Exploration, BT, Cable &amp; Wireless and the Metropolitan Police. There will also be six workshops available to delegates.

The showfloor will feature the Solutions Centre, which will offer visitors the chance to try out a range of market segmentation products, see how to put interactive GIS maps on the Web and find out the latest on intelligent addressing.

The British National Space Centre and Remote Sensing Society are offering free consultations by recognised applications experts. They will also be offering visitors the chance to try the latest applications in the technology showcase.