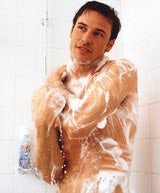 The existence of “new man” may be a media myth of recent times, but nevertheless men are no longer restricted by traditional masculine roles and assumptions. Nowadays, men are quite relaxed about the idea of spending time and effort on their appearance – and it is no longer deemed effeminate for men to cleanse and moisturise. Most younger men, especially, have established grooming routines, which they will almost certainly follow throughout their lives.

A recent Key Note study on the growth of the UK men’s toiletries market predicts that the overall sales of men’s fragrances and toiletries will increase by 13.4 per cent over the next four years, reaching £619m by 2006.

The study points out that though the men’s toiletries market has grown steadily over the past five years – prompted by changing male attitudes and lifestyle – the growth has been far from dramatic. The total market for men’s fragrances and toiletries was worth £546m in 2001 – a growth of 14.2 per cent since 1997.

It is certainly true that the retail environment can be daunting for men particularly at the more expensive end of the market, where men’s toiletries and fragrances are often positioned close to women’s beauty product areas which, with their feminine ambience and armies of beauty consultants, tends to intimidate most male shoppers.

Men under 35 are the most likely to do their own toiletries’ shopping; those aged 45 to 54 are the least likely. Men aged 15 to 24 years old are more likely than those in other age groups to say that they choose their own products, but someone else does the shopping for them.

The most popular products among men are body sprays, deodorants and shaving preparations, which between them account for nearly three-quarters of the total men’s toiletries market. Although still a niche sector, sales of male skincare products is showing a definite growth, helped by the launch a number of new brands during 2000 and 2001, for instance Nivea for Men.

Almost all men under 35 use deodorant, but conversely there is a low penetration of bath products, such as moisturising foam bath or oil, among men aged under-25. However, more than 44 per cent of men between 25 and 34 years old use bath additives. This could be linked partly to lifestyle factors, since younger men tend to have busier social lives and probably use showers more, but as they reach their mid-20s and beyond, most men are more likely to appreciate the benefits of a relaxing bath and also be more willing to take time out for this.

Older men, those over 55, are also among the keenest users of bath products, but shower gels are more popular across all ages than bath products (65 per cent versus 37.9 per cent).

Men 25 between 34 are seemingly the least brand loyal (28 per cent do not care which brand they use) and they are the most likely to switch brands, citing special offers as big factor in their choice of toiletries.

The strongest brand loyalty is to be found among 55to 64-year-olds, and among the highest earning men. Medium-earners, on the other hand, do tend to look for special offers on toiletries (30 per cent); and 26 per cent of this group claim that they do not care which brands they use.

Men’s fragrances and aftershaves are popular products and penetration is high overall, with 72.3 per cent of all men using this type of product at least occasionally. Although men under 35 are the most important users (over 80 per cent of men in all under 35 age groups use aftershave or fragrance), usage continues at a fairly high level even among those past their mid-50s. Those most likely men to say they always or nearly always wear aftershave or men’s fragrance tend to be under 25 years old (46 per cent) or single (40 per cent).

The Key Note study shows that more men consider it important to look after their physical appearance than those who do not. The higher earners are most likely to acknowledge that it is worth making an effort with their appearance and marital status makes little difference to attitudes to one’s appearance. Younger men, married or single, show more interest in personal grooming than men in their maturer years, but this is changing – there seems to be a revival of interest in “keeping up appearances” once men reach their mid-50s.