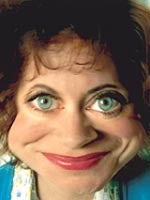 Mazzeo, who has already taken up his position, will report to UK general manager, Mohan Mohan.

Mazzeo was marketing manager of Friskies’ dog division, overseeing the Nestlé-owned company’s Winalot brand. He has also worked at Kraft Foods on brands including Maxwell House and Dairylea.

Mazzeo says: “Findus is in the early stages of its new life as an independent business. The company is focused on driving product innovation, quality and market leadership. The UK is a key market.”

Findus was due to be scrapped by former parent company Nestlé before Swedish investment company EQT stepped in to buy the ailing brand in 1999.

Rivals in the frozen food market include Young’s Bluecrest, which this week appointed Deutsche Bank as its long-term strategic adviser. Young’s brands include Harry Ramsden’s Chip Shop and Ocean Pie.

NescafÃ© is launching a global strapline for use in all future advertising campaigns. The line will first be aired this week when the coffee brand starts its sponsorship of the new series of Friends.

Virgin Energy is to be consolidated into London Electricity after LE bought a 75 per cent controlling stake in Sir Richard Branson’s energy company this week. The move leaves a question mark over the future role of Virgin Energy managing director Jon Kinsey. LE had owned 25 per cent of the company, but Virgin Energy […]

Something seriously fishy is going on at TalkSport. The station has hooked the Discovery Channel as the first sponsor of its weekend fishing show, A Fisherman’s Blues. But Kelvin MacKenzie’s outfit is angling for more than a straightforward story. The station claims the deal was negotiated by Jason Trout, sales director of Impact, and Starcom […]