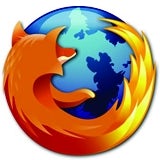 Analysts have said Internet Explorer’s decline is in part due to Microsoft’s Browser Choice Screen introduced in March 2010, in line with the European Commission’s antitrust settlement in 2009.

Now Windows users have a choice of 12 different browsers, rather than Internet Explorer as default.

StatCounter CEO Aodhan Cullen says: “This is the first time Internet Explorer has been dethroned from the number one spot in a major territory. This appears to be happening because Google’s Chrome is stealing share from Internet Explorer while Firefox is mainly maintaining its existing share.”

In North America Internet Explorer still retains the market lead with 49.%, followed by Firefox with 26.7% and then Chrome with 12.8%.