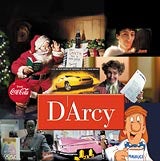 No time was wasted on repairs when advertising agency D’Arcy began losing a series of high-profile clients, among them Mars. Instead of patching up the agency, parent company Publicis Groupe has decided to kill it off. The end of the D’Arcy brand, which can trace its origins to an agency that incorporated the name in 1906 in St Louis, has sent tremors across an adland already severely battered by recession.

Industry insiders have labelled D’Arcy as Publicis’ “weakest link”, following the £1.9bn acquisition of Bcom3 in September. The deal left Publicis with four advertising networks, with the addition of D’Arcy and Leo Burnett to Publicis and Saatchi &amp; Saatchi. At the time of the acquisition, Publicis chairman and chief executive Maurice Levy had said that D’Arcy, still remembered by many as D’Arcy Masius Benton &amp; Bowles, would continue to exist as a separate network. But the ongoing troubles of the global economy have meant that tough decisions have had to be made. For the agency that came up with “A Mars a day helps you work, rest and play”, and created the image of Santa Claus – helping to make Coca-Cola a global household name – the end has come.

The warning signs had been there for some time. Last year, D’Arcy had the Mars Bar business – an account it had held for more than 46 years – snatched from its grasp by Grey Worldwide (MW November 15, 2001). Mars finally fired D’Arcy in May this year, removing $100m (£65m) of global business from the agency (MW May 16). Long-standing client Procter &amp; Gamble also shifted its $75m (£49m) Pampers account out of the agency and into Saatchi &amp; Saatchi.

Burkitt DDB chairman Hugh Burkitt says: “For me it is the end of not one, but two separate eras – the end of Masius Wynn-Williams and of Benton &amp; Bowles. I remember the agency for the jingles it created for Babycham, Crown Paints and Mars.” But Burkitt believes that D’Arcy’s demise cannot be blamed solely on the poor economic climate. He maintains that the agency failed to maintain strong relationships not only with global clients such as Mars, but also with smaller local advertisers. He recalls the public outburst of Paul Wilkinson, then chairman of RHM Foods (now known as British Bakeries), who attacked D’Arcy in 1999 for ignoring local advertisers in favour of global accounts. D’Arcy held RHM’s Hovis account at the time.

Delaney Lund Knox Warren chairman Greg Delaney does not mourn the loss of the agency. He says: “For me, D’Arcy will always remain this big, international agency network known for good advertising for solid packaged goods. It was solid but not adventurous.”

WCRS chairman Robin Wight agrees: “D’Arcy was successful in creating advertising for packaged goods brands, but never known for its conventional creativity. When you lose creativity, you lose the right to exist.”

Bcom3 was created in January 2000 out of a merger between The MacManus group and the Leo Group and an alliance with Dentsu. Bcom3 also owns Starcom MediaVest group, which operates the Starcom Motive and MediaVest brands, and holds a 49 per cent stake in Bartle Bogle Hegarty (BBH).

BBH joint chief executive Nigel Bogle says the end of D’Arcy “sends a signal to the industry that in order to be a global network an agency needs a strong backbone of global clients”. He believes that Publicis Groupe’s acquisition of Bcom3 – putting it in the same league as Omnicom and WPP – spelled a step-change in the agency world, leaving Havas and Cordiant Communications’ Bates Worldwide as second-tier players.

Richard Hitchcock, a media analyst at Numis, agrees with Bogle: “D’Arcy has been one of those great names within the industry. The closure sends clear signals that nobody is safe. It tells us that advertising is going through a severe recession and more consolidation is likely.”

Hitchcock says that Bates is particularly vulnerable and is having to tackle tough questions about its future. At one time, Havas was rumoured to be in the running to acquire Bates, but the rumours were later denied. Havas was having problems of its own, although in September it revealed a return to profit for the first half of the year – with a net income after goodwill of Ã¢âÂ¬15m (£9.5m), compared with a Ã¢âÂ¬28m (£17.7m) loss for the same period in 2001. Although Havas’ fortunes appear to have improved, the economic climate has yet to recover fully. Havas chief executive Alain de Pouzilhac has warned that he does not expect any improvement in world advertising spend in 2003.

Hitchcock adds: “The problem is that players such as Havas are concentrating at the moment on running their own businesses. Bates is a risk at the moment and any global network wanting to acquire it will have to take on its less-than-attractive balance sheet.”

Another City analyst says: “Managements today are focusing their money on what is already working, and that means trouble for an agency like Bates.”

Founded by Ted Bates in 1940, in its early years Bates was ranked as the world’s third-largest agency. In 1987, it was bought by Saatchi &amp; Saatchi, which split in 1997 into Saatchi &amp; Saatchi and Cordiant. Bates has since struggled, and has suffered a series of client losses recently, including, in the UK, the Evening Standard and the media planning business for Woolworths (MW February 28).

A vote of self-confidence

Bates Europe chairman Toby Hoare, however, dismisses “industry speculation” about Bates being up for sale: “Circumstances are very different where Bates is concerned. Unlike D’Arcy, we are not one of many networks within a group. We are the only advertising network within Cordiant and we are trying to deliver better value for our shareholders.”

Cordiant reported first-half losses of £9.3m this year, against a £600,000 loss for the same period the previous year. Revenues were down by 9.8 per cent to £277m. Both chief executive Michael Bungey and Cordiant chairman Charlie Scott are to step down from the struggling group.

Apart from Bates, Cordiant also includes marketing services group 141, design firm Fitch and Bates Healthworld. Plans are said to be afoot to integrate the four brands, to generate cost savings and offer clients a one-stop shop. Analysts say Cordiant could be broken up at the right price, one of the prime attractions being its 25 per cent stake in Zenith Optimedia. It also owns a large chunk of Germany’s Scholz &amp; Friends.

DFGW chief executive Michael Finn predicts that Bates will eventually fall to a bigger predator. He adds: “In the global scheme of things, D’Arcy was just not big enough to compete in the world. A similar fate awaits Bates and Grey.”

Publicis Groupe, meanwhile, is busy trying to integrate D’Arcy’s staff into its various networks. One insider says that “minimal” redundancies are expected. The group has made D’Arcy UK managing director Barry Cook chairman of Leo Burnett London, in a move designed to help retain the COI Communications business.

The COI account was D’Arcy’s largest piece of UK business. Acting COI chief executive Peter Buchanan says: “We are very concerned about the restructure and we are talking to all our clients.”

Rival agencies read Buchanan’s concern to mean that COI will review all its pieces of business previously held by D’Arcy.

D’Arcy, which was considered by the industry to be the darling of COI, began its relationship with the Government advertiser in 1991. Sources close to D’Arcy are confident that the COI business will flow into Burnett, along with the client services teams.

Procter &amp; Gamble (P&G), which is practically wedded to D’Arcy, was reportedly consulted on the decision to axe the agency. D’Arcy handles the Charmin, Fairy, Tempo and Alldays accounts. In the UK, Burnett, which already handles P&G brands Ariel, Fairy, Bold and Daz, is likely to be awarded D’Arcy’s P&G business.

Publicis Groupe not only has its work cut out to ensure that D’Arcy’s clients are absorbed into its other advertising networks, but it is also restructuring its media buying operations. Zenith and Optimedia are pooling their media negotiation operations under the name Zenith Optimedia, in a move seen as a precursor to an eventual full-scale merger. There is also industry speculation that Starcom Motive and MediaVest will be merged.

It seems that further consolidation in the agency world is inevitable, and several other old agency names could soon follow D’Arcy into oblivion.