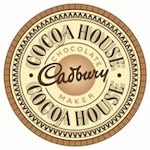 The venture will be called The Cadbury Cocoa House.

A spokeswoman for the venture says the retro ice cream parlour style cafe will be a blast of “British nostalgia” selling ice cream and cakes as well as Cadbury branded confectionary.

The first café will open in Bluewater shopping centre in Kent at the start of October.

The cafe venture operates under license from Cadbury, but is not directly funded by the British confectioner or its parent company Kraft.

Chief executive David Morris, says: “Cadbury Cocoa House is a destination, bringing a touch of affordable luxury and British nostalgia to the high street which, from its retro ice-cream parlour to traditional home-made afternoon tea, will take cues from the past as its inspiration for the future.