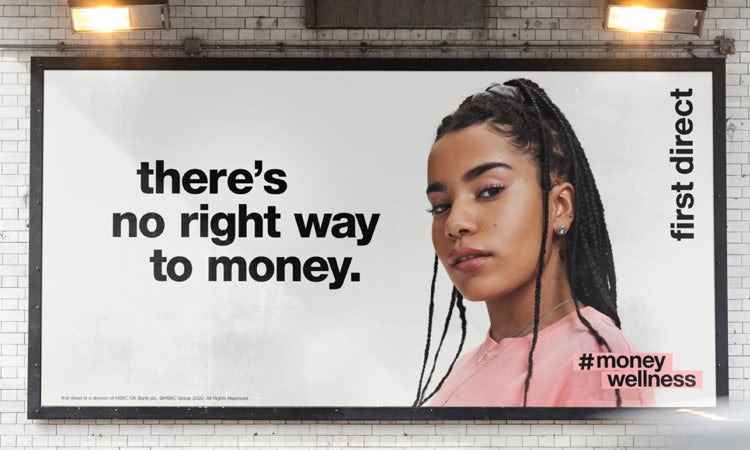 First Direct is ramping up efforts to play a more “active role” in the wellness conversation this year with a new brand platform that aims to position the bank as go-to for people’s financial wellbeing.

The debut campaign to launch the #moneywellness platform, created with new agency Brooklyn Brothers, hopes to challenge the “misconceptions” that can hold people back from banking with confidence. This includes thinking such as that they should be where their parents were at their age, or that other people know more or are better with their finances.

The UK’s health and wellness industry is set to top £43bn in 2020, yet the subject of money – one of the leading causes of anxiety in the UK – remains relatively unaddressed.

To understand the nation’s relationship with money, First Direct and YouGov undertook a benchmark study of 4,000 UK consumers. The results, which will be revealed later this month, show that people believe money is more important to their overall wellbeing than other more traditional areas of wellness, such as diet and exercise.

“People spend so much time eating well and exercising but they don’t commit that time and energy to their financial wellbeing. We want to have a role in the conversation,” First Direct’s marketing boss, Helen Priestley, tells Marketing Week.

‘People were bemused’: How First Direct shook up banking with its ‘radical’ launch

“Short-term, we’d really like to have more people talking about First Direct. In the long-term, it’s about making a difference to this area and that we do make people feel more confident inside about their financial decisions that allow them to have better financial wellbeing. From a brand perspective, it is to be the leader of people’s financial wellbeing.”

First Direct will use its new Financial Wellness Index, which comprises questions that assess people’s attitudes and feelings about their financial wellbeing, to influence the conversations it has with customers in future.

As well as measuring its own impact, Priestley hopes the index will motivate other financial brands to take action. 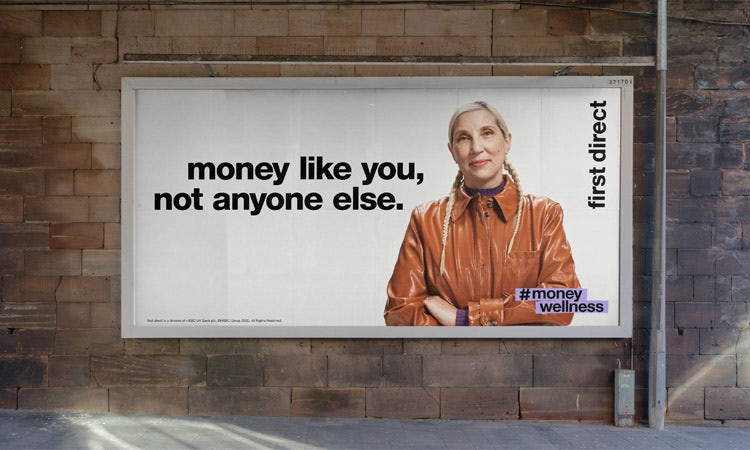 First Direct is also hoping the focus on wellbeing will renew some of the “challenger spirit” that helped it build a following when it was founded 30 years ago. Then, the bank was known for challenging the anti-consumer behaviour and practices of big banks.

Given its history, Priestley believes First Direct has a “very credible position” to have a more active role in current conversations and to do so in a way that will put the brand “at the heart” of modern culture.

This is a big part of First Direct’s strategy to boost its awareness in the banking sector, which Priestley describes as “a game of two halves”.

“However, we are very unknown out there in the market and have very low awareness, so those two things have to be part of the campaign together.”

The #moneywellness campaign rolls out this month across outdoor, digital, press, PR and social, with a social content series at the core of the campaign. 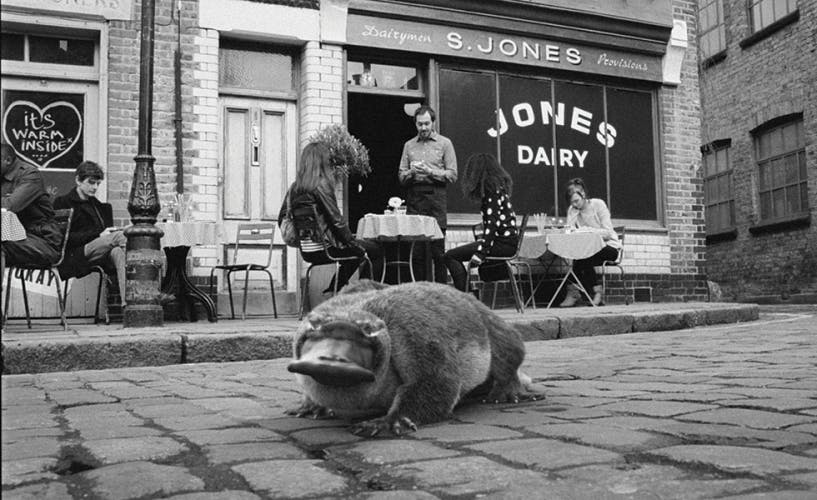 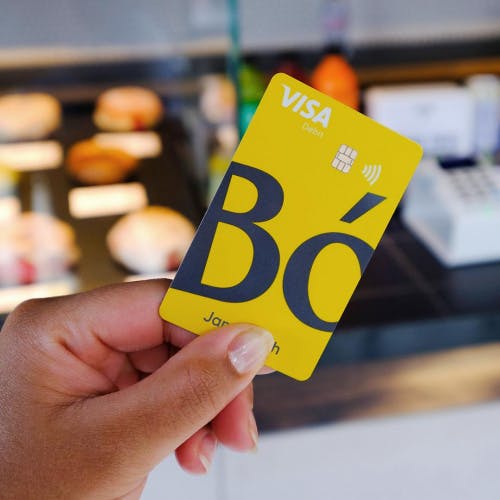 RBS is hoping to take on digital banking upstarts such as Monzo and Starling with an app-only offering aimed at a younger, less financially savvy audience.