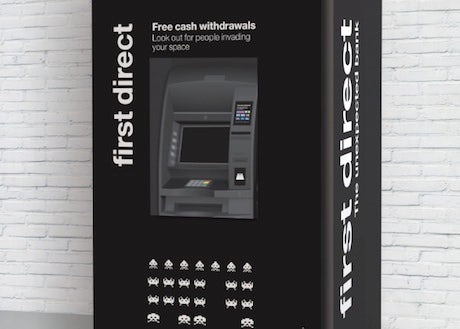 The ATMs will be located at railway stations including Clapham Junction, Portsmouth, Vauxhall and Southampton, with the bank deliberately targeting high-traffic locations for its first foray onto the high street. Each cash machine will be branded in First Direct’s distinctive black and white, with some designed to look like Space Invader games machines while others representing household scales.

First Direct will promote the cash machines via a teaser video, featuring an “ATM spotter”, that will be launched on YouTube in mid-July. The bank will also use social media and digital to support the launch.

The cash machines are being rolled out as part of a six-month pilot to gauge demand. First Direct will review their success before deciding whether to extend the trial across the UK.

Lisa Wood, head of marketing at First Direct, says: “As an internet and telephone bank, the ATMs are a great way for us to give the brand a high street presence in some key high-traffic locations.

“It was also important for the machines to have that unique First Direct ‘twist’, which is why they won’t look like any other bank ATM.”

First Direct, which is owned by HSBC, rolled out its unexpected bank messaging last year with the aim of reinforcing its position as a challenger brand. It is celebrating its 25th anniversary this year. 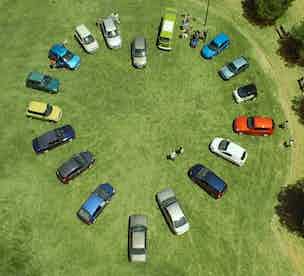 Insurer LV= is moving money back into television advertising after finding it had underestimated the impact TV ads had on sales. 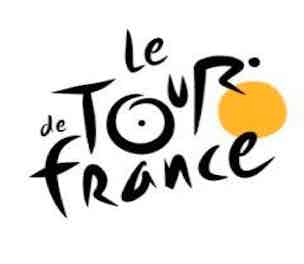 McCain, Skoda and Ebay are among a raft of brands planning to use the Tour de France’s return to the UK after seven years to target local communities with efforts to push their health and wellbeing credentials. 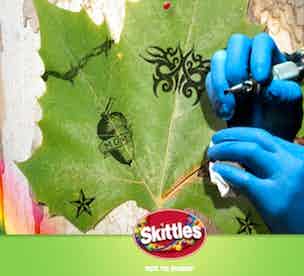 Skittles is partnering with Microsoft Xbox brand to launch a £3m pan-European marketing campaign to push the sweets to gamers.