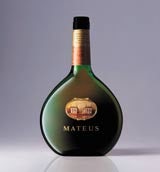 First Drinks Brands is understood to be looking for a UK agency to handle the multi-million pound advertising for the Seventies iconic mass-market wine Mateus Rosé.

The brand does not have a retained UK advertising agency. It is understood that the drinks company has shortlisted five agencies to pitch for the business.

Launched in 1942, Mateus Rosé used to be one of the most popular wines in the world in its heyday in the Sixties and Seventies. At its height, it was selling over 3 million cases a year globally. However, sales fell in the Eighties.

Two years ago, the brand was relaunched in an attempt to give it a more modern appeal, with a new packaging design by Lewis Moberly. It was the first change to the design since it was launched.