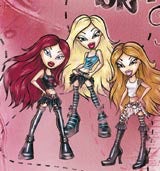 This month the Bratz Rock Angelz “fashion doll” range launches and is expected to be one of the big brands of the year (MW last week). Bratz has knocked Barbie off the top spot as the UK’s favourite doll and the fact that fashion is intrinsic to the Bratz brand has been cited as a major reason for its success.

With children being more fashion- and brand-conscious than ever, a recent study by the National Consumer Council (NCC) called Shopping Generation looks at children’s views on shopping, brands and advertising. Children aged between ten and 19 are avid shoppers and make up a &£30bn market. They have more pocket money and more influence over family spending than ever before.

The first national survey of how children experience consumer life shows that shopping’s popularity spans “tweens” (nine- to 12-year-olds) and teenagers – 80 per cent of the combined group enjoy shopping. Even the youngest children in the survey are already keen consumers: of those aged ten to 12, 84 per cent care a lot about their games and “other stuff”, 78 per cent like shopping, and two-thirds like clothes with popular labels. Nearly half think that brand names are important when they buy.

In the survey, ten- to 12-year-olds are evenly split over the importance of brands – 46 per cent agree that they are important, while 42 per cent disagree. By the time they become teenagers, the majority consider brands to be important (57 per cent of 13- to 15-year-olds; 56 per cent of 16- to 17-year-olds). These findings tally with Mintel research suggesting that when children are young (five to nine years old), they find “character-led merchandising” appealing, but by the time they reach the upper end of the ten- to 14-year-old bracket, fashion-led clothing brands take precedence “as image assumes greater importance”.

Another major finding of the NCC survey is that the children who have the least want the most. This aspiration gap is most marked in the most disadvantaged households. Although all children in the survey knew what they wanted, with more than half considering the brand name important, the stronger desire for labels, combined with the reality of lower family income, tends to generate higher levels of discontent. Two-thirds of brand-aware children feel dissatisfied compared to just under half of less brand-aware children.

On the issue of aspirations, there were few major differences between boys and girls in the survey. A slightly higher proportion of boys than girls wish their parents earned more money (53 per cent of boys, 46 per cent of girls). But there are differences between the regions. Greater London emerges as the most materialistic area, with 56 per cent of Greater London children saying they wish their family could afford to buy them more of what they want. Forty-seven per cent of children in the North say the same, compared with a nationwide average of 41 per cent.

However, despite their enthusiasm for shopping, children say they feel exposed to a persistent stream of advertising, believing brands are trying to sell to them almost constantly. A group of young people have come up with solutions, in their own four-point Children’s Agenda on Consumer Life. They ask marketers to be honest and up-front about products and services; to treat them with respect and take them seriously; to curb the use of inappropriate advertising aimed at younger people; and to put tighter controls on advertising for products that are bad for young people.

Marketers should take note and ensure that they engage the younger generation, rather than merely fire messages at them. 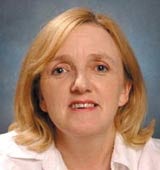 Children are saavy consumers who increasingly understand the role that marketing performs. They also have a strong influence on the buying decisions of their peers or family members. However, despite children showing high recognition and awareness of ad campaigns, TNS’s Children’s omnibus research with youngsters aged ten to 19 shows that only eight per cent say ‘you can trust everything you read or hear in an ad. Even aong ten-year-olds, just 16 per cent agreed with this statement – a relatively cynical attitude normally associated with much older consumers. Marketers cannot underestimate the influence children have on consumer decisions and the impact that ad campaigns have on children’s appeal and appreciation of brand and products.