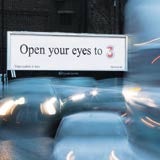 Wholesale change appears to be afoot at Clear Channel UK, which is restructuring its sales department to make it easier to sell cross-format campaigns.

The move has been spearheaded by Julie France, former head of Adshel, who was recently promoted to group managing director across Clear Channel’s three divisions, adding Taxi Media and billboards to her remit of bus shelters and six-sheets.

The change of tack coincides with some key departures. Last week marketing director Yvonne O’Brien became the latest high-profile name to hand in her notice; she will be leaving in September (MW last week). Two months ago, Clear Channel billboards managing director Jonathan Lewis decided to leave; he will be going in October.

Heading group sales will be former Adshel sales director Rob Atkinson, who came in April from Associated Newspapers where he was Ireland on Sunday commercial director.

The new structure sees Roger Parry, chairman of Clear Channel International – which oversees the business outside America – relinquish the role of chief executive. Senior executives now report directly to the US and outsiders see this, and the restructure, as an indication that America is trimming the fat from the UK business.

One outdoor specialist says: “Parry was basically running the scene and he has now been sidelined. The US is much more active and management there have been taking more of a hands-on role. They obviously feel they can get more out of the business than has been done, but they’ve got to get rid of the flab and dead wood at the top end.”

Another says more structural tweaks are inevitable and suggests that Paul Meyer, Clear Channel Outdoor president and chief executive, could push for further changes to the way business has been managed in the UK.

The promotion of France and the introduction of Atkinson are seen by many as the first steps towards change. “Rob has come in from a different industry – he’s the one who is going to be shaping the future,” says another source.

France is determined to do things differently, but fervently denies things are amiss and a personnel cull is likely. She points to the “great success” of wins, including the retention of Transport for London’s street furniture contract. She does, however, admit that changes are afoot: “I have got some ideas about the way forward. I like change and I am going to move this business forward.”

First on her agenda have been the Adshel and billboard sales teams. She is merging the two and restructuring sales into four major groups to cover specialists Aegis-owned Posterscope, WPP’s Kinetic and Helix, plus a team focusing on non-standard formats such as banners and telephone boxes. This has been done to capitalise on the growing trend towards cross-format campaigns. “It is going to make a big difference: at the moment, the divisions are run separately. But if advertisers are backing multi-format, it makes sense for us to gear up to sell that way as well. We can maximise opportunities and sell better if we put those teams together,” says France.

She is bringing across selling techniques, measurement methods and other strategies from Adshel to the billboards division, which some say has been struggling. She thinks large outdoor posters have been neglected strategically and creatively by advertisers and agencies. Her task is to help revitalise the medium.

“It’s a new stage at Clear Channel UK with the restructure,” says France. A stage that the outdoor industry – and Clear Channel’s owners – will be watching with interest.