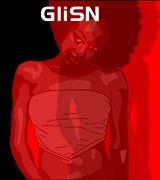 The stations, first mooted last summer (e-volve July 27, 2000), have been tailored to match niche lifestyles rather than traditional music genres. The idea is to combine radio, e-commerce and editorial elements to provide music entertainment for highly targeted audiences.

The first station, ATK 13 (www.atk13.com) is syndicated to Another.com and offers music for “adrenalin lifestyles”, supplying a range of uptempo and “hard-edge” music to accompany the changing moods of modern gaming.

Chyra (www.chyra.com), partnered with BeMe.com will play “quality” contemporary music and classic pop, while Glisn (www.glisn.com) is aimed at the UK urban R&B and soul scene and is syndicated to “the home of black music”, Darkerthanblue.com.

Iain Langridge, head of marketing at Capital Interactive, says his company “has a very strong market position, which has enabled us to attract the best partners to carry a brand new media product to new audiences.”

“With these bespoke radio streams, we have a unique ability to add value to our partner sites. Not only do we generate new revenue from their audiences for them, but we also encourage their users to stay on-site longer and visit more often – factors critical to building a successful online business,” he adds.

Darkerthanblue.com brand director, Everton Wright, says the deal is “a great opportunity for us to showcase black-influenced music through the new Glisn stream and for Darkerthanblue to reach new audiences.”

Capital is claiming a technology innovation with its “soundscape” feature, which simulates the broadcast sound of Capital radio stations, “rather than the more traditional dead air and syncopation of the online experience”.