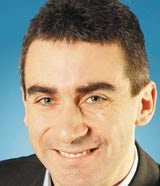 Reshaping and modernising the Chartered Institute of Marketing (CIM) is proving no small feat for the 92-year-old organisation’s new chief executive Peter Fisk.

The former management consultant and head of marketing practice at PA Consulting has already ruffled the feathers of his staff with plans to turn the organisation into the “hub” of marketing and transform it from being a junior marketer’s training and education body into a global network known for “great marketing content”.

There are rumours that the institution’s education and training functions could be contracted out, a proposal that has been fiercely denied by Fisk. Fearing that up to 100 jobs are under threat, the bulk of the CIM’s employees have signed up to the GMB union to represent them in any consultation process over redundancies (MW last week).

The CIM’s education director Heather Davison, who sits on the senior management board, has also resigned, although Fisk says that she has been given a new role within the organisation to co-ordinate “charity work” and help launch marketing education in schools.

Fisk has confirmed that the Marketing Council, an associated body of the CIM set up in 1995 by a group of industrialists to “help” British businesses increase wealth creation and their competitiveness through marketing, is also under review.

But the problem for Fisk is carving out a clear, modern and relevant positioning for the CIM in a marketing world that contains plenty of trade bodies and institutions, among them the Marketing Society and the Incorporated Society of British Advertisers (ISBA).

While maintaining that the CIM intends to work in collaboration with the rest of the industry, Fisk says that his main agenda is to lobby business leaders and champion the cause of marketing in the business world. He recently announced the creation of two departments – an insights team, to identify key issues within the industry, and a networks team that will share this knowledge with marketers.

Industry experts fear that his plans to transform the CIM could mean that the organisation will tread not only on the toes of the other trade bodies, but also on their fragile egos.

Not surprisingly, the marketing industry, teeming with outspoken personalities, is hitting out. One former CIM member says: “The CIM is like a headless chicken, because its main problem is that it has no specialisation other than training and education, and Fisk is trying to find a role for himself within the lobbying patch, which is primarily ISBA’s role.”

Stephen Callender, managing director of Black Cat and a former chairman of the Marketing Society, sees the CIM as having the potential to represent the marketing industry because of its sheer size, but adds: “The CIM is fundamentally a training ground for junior marketers and should not try to represent the entire marketing community. It is trying to be something it can’t be, because a lot of people who run it are academics.”

Another insider says: “Both the CIM and the Marketing Society are run by various lords and knights who think they know how to serve the needs of marketers, but all they do is keep themselves and their friends in some sort of employment.”

This is not a sentiment shared by all. Hugh Burkitt, the chief executive of the Marketing Society, says: “Both the society and the CIM have specific and very important purposes to serve in the marketing world. The CIM’s strength is in training junior marketers, and our strength is at the senior end of marketing. There is, however, some concern over the fact that the CIM wants to be the single voice of marketing.”

The Marketing Society, a networking group for the top brass of the marketing world, was formed as a breakaway from the CIM 40 years ago. It has about 3,000 members, compared with the 60,000-plus membership of the CIM. The Marketing Society, which has long been beset by financial difficulties, is also in the process of a revamp. Burkitt, a former advertising agency chief, was brought in as its first chief executive earlier this year in an attempt to increase the society’s influence, as well as its size (MW April 17).

In the past, calls have been made to merge the Marketing Society and the CIM, but both Fisk and Burkitt have given no indication that such a move is likely to happen.

Fisk says that his strategy is focused on making marketers more influential in boardrooms. “I’m not challenging the role of the Marketing Society. We can both do the job of helping marketers to connect and network. My vision is not about being the single voice of marketing, but about marketing having a clearer voice.”

While the CIM and other industry bodies contemplate their future, marketers could be forgiven for feeling a little left out of the debate and possibly confused.

Former BBC marketer Jane Frost, who turned down an offer to run the CIM before Fisk was appointed and is now director of consumer strategy for the department of constitutional affairs, says: “I’m not too sure whether any of these bodies make a difference in how marketing is perceived.”

BBC director of marketing and communications Andy Duncan agrees, adding: “It is an interesting thought to consider the possibility of one merged body looking after the interests of the industry.”

But Britvic category director Andrew Marsden disagrees. He says: “I do not believe there will be a merged body to serve the needs of marketers in my lifetime.” He accepts that the CIM has “an increasing need to justify its existence at a time when marketing as a discipline has changed enormously”, but says it is inevitable that the various industry bodies will start delivering similar services when trying to update their offerings.

It seems highly unlikely that a merged super group will be carved out of the existing trade bodies. However, at a time when marketers are facing a growing number of legislative and regulatory threats, there is a strong case for the marketing industry to strengthen itself as an entity.