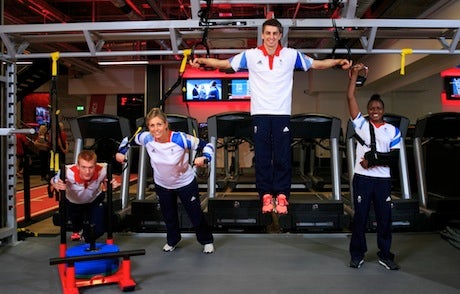 The partnership is kicking off with the opening of a new state-of-the-art gym near Liverpool Street in London, the first gym Fitness First has opened in the UK since 2012. It has worked with Team GB athletes to reproduce facilities they would use during training, including a 10-metre track.

It has also introduced Proathlete classes that recreate athletes’ training that are available in all its gyms. A further 20 gyms have been revamped to include a “Move” studio that has cameras and monitors instead of mirrors and flashing lights that speed up and slow down depending on how fast people in the room are moving.

Speaking to Marketing Week, Fitness First’s UK managing director Martin Seibold, says Fitness First was keen to work with Team GB because they both share the same goal of getting more people participating in sport.

“We want to utilise our synergies to get people to go further, get them interested in sport and the Olympic legacy and to feel inspired,” he says.

The proportion of the UK population that goes to the gym has increased by just 1 percentage point to 13 per cent since the London Olympics in 2012. However Seibold claims this still lags behind a number of other European countries including Germany and Norway, where the proportion is closer to a fifth.

Seibold believes part of the reason for this is that UK gyms do not engage enough on a personal level with members, both while they are working out and online. It has recently revamped its website to offer more tips and advice and is planning to launch an app that offers customers videos of more than 600 exercises that can be used to create tailored workouts.

Some 80 per cent of its staff are now fitness certified, meaning they can offer visitors advice on training programmes and techniques.

Fitness First has more than £52m in its business over the past two years in training and new technology, as well as rebrand that positions the gym chain at the more premium end of the market. Seibold says the rebrand and accompanying campaign earlier this year led to an increase in revenue and decrease in attrition rates.