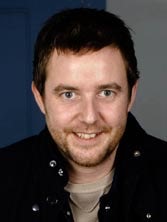 Ratcliff first joined Five as head of viewer research and insight in April 2004 from TBWA/London where he was group planning partner. He left Five in June 2006 to join EMAP as head of brand strategy across all their consumer media brands including Kiss, Magic and Kerrang.

He joined Lowe London last year to oversee the account planning department, with global strategic responsibility for all Inbev brands, including Stella Artois and Beck’s.

Ratcliff joined TBWA/London in 2000 as planner on brands including PlayStation, Holsten Pils and Michelin. He has also worked at RKCR/Y&R.

Opie took over responsibility for the broadcaster’s on and off-air marketing in October last year following the departure of former BBC marketer Scott.

Universal McCann has been awarded the 1m media planning and buying account for the Brazilian Tourist Board. The agency won the business without a pitch.

The Advertising Standards Authority (ASA) has condemned retailer Littlewoods for sending out a mailer encouraging young women to get into debt. The mailer, which portrayed a young woman living a glamorous lifestyle on credit, was sent out by Littlewoods-owned Shop Direct Financial Services to more than 75,000 Additions Direct customers. The ASA decided that Additions […]