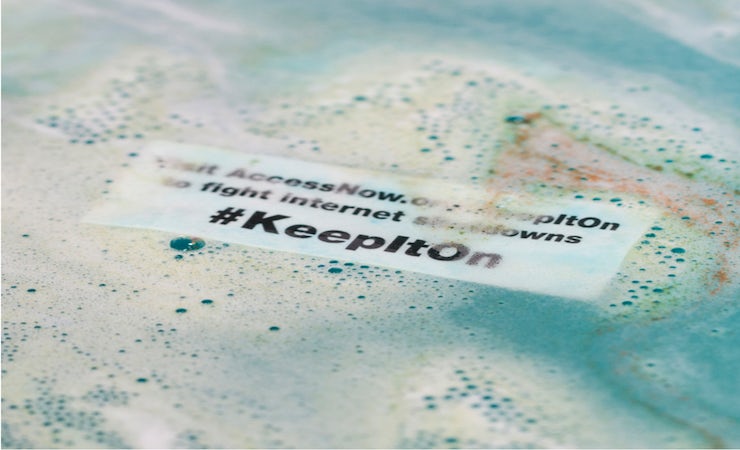 Taking a stand against global government-backed internet shutdowns, the cosmetics retailer will launch its #KeepItOn campaign this Black Friday.

A collaboration with digital rights organisation Access Now, the campaign will run on Lush.com and in 40 countries across the world where Lush staff will talk up the political strategy. There will also be an attempt to get people to register their signatures to a petition urging world leaders to keep the internet open.

When the campaign ends (7 December), the petition will be handed to government leaders at the UN’s Internet Governance Forum in Mexico, where they will be discussing the future of an open internet.

“To have your internet shut down is so rare in Western culture, however people across the world are suffering it on a regular basis,” says Lush’s chief digital officer Jack Constantine.

And you thought they just sold fancy soaps.

Despite being one of the first major UK brands to make Black Friday a buzzy in-store event, Asda is distancing itself from the shopping day.

In a 30-second reactive video, the supermarket has done a mannequin challenge (where people freeze looking like they are in the middle of doing something) in one of its stores as it pokes fun at the hostile encounters that occurred at Asda during Black Friday in 2013 and 2014. One woman is seen lying on top of a TV, while two people also tussle over a leg of Serrano ham.

The twist? Asda has low prices every day, not just on Black Friday. Yes. The greatest twist since you found out Bruce Willis was a ghost.

But this isn’t just a nice gesture to help staff with their Thanksgiving food hangovers. The move is a bid to promote the benefits of customers exploring the great outdoors with their families instead of going shopping.

While shutting down on Black Friday might sound like suicide for a US retailer, REI’s chief executive Jerry Stritzke says it is the right decision: “We did not experience any negative consequence financially from doing this move last year.”

Another trip across the pond and another outdoor gear retailer doing a good deed. For Black Friday, Patagonia will donate 100% of its sales to grassroots environmental groups.

The donations will come from sales at both its 80 global stores and Patagonia.com.

With President-elect Donald Trump previously questioning global warming and suggesting it is a myth created by the Chinese, Patagonia says it wanted to take a stand on Black Friday.

“We definitely came up with the idea after the election,” explains Lisa Pike Sheehy, vice-president of the brand’s environmental activism division. “This is a difficult and divisive time for our country. I believe the environment is something we can all come together on. Environmental values are something we all embrace.” 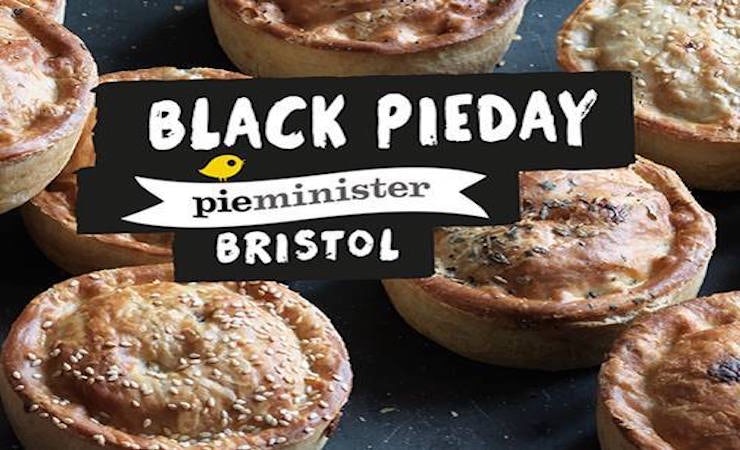 Food chain and premium supermarket pie brand Pieminister will open pop-up shops at 10 of its UK restaurants in the UK in a move it is cleverly calling ‘Black Pieday’.

Teaming up with homeless charity Shelter, it will be giving away surplus frozen stock to consumers in exchange for a donation.

Pieminister says it sold all its pies in one hour when it debuted the scheme in its Bristol restaurant last year and raised £2,000. It will be aiming for at least £20,000 this time around.

“Black Friday has connotations of spending lots of money on stuff you might not need, so we saw a chance to turn it on its head and do something good,” says a Pieminister spokeswoman.