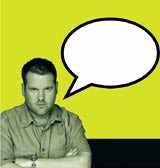 Five has abandoned the idea of having permanent poster holdings, and is instead opting for a media strategy tailored to individual campaigns.

Last year, Five struck a 12-month, &£1.2m deal with Viacom Outdoor for London Underground poster sites, of which ten 48-sheets were held on a permanent basis (MW August 29, 2002). As part of the deal, Viacom also created ten light-boxes at landmark sites such as Leicester Square.

It was the first time the channel had entered into a long-term outdoor deal, and the poster holding was used for a series of campaigns created throughout the year. The aim was to showcase the breadth of the channel’s content and to establish its new name, look and logo as part of a strategy designed to change perceptions about the channel which has moved on from the “football, films and fucking” tag of its early years.

Now Five director of strategy and marketing David Pullan has briefed the channel’s new media agency Vizeum (MW October 23) to develop individual media plans and work with the PR strategy for programmes. The approach will be tailored around event-based programming, such as a new reality show that is being commissioned for next year.

The British Olympic Association has signed up the Engineering Technology Board as its latest partner in a &£1m deal. The board will launch an ‘Engineering in the Olympics’ campaign to encourage people to take up careers in science, engineering and technology.

It looks as if the Diary is going to have to revise its opinion of hippies – the Establishment really is afraid of Flower Power. At last week’s Marketing Society dinner, held at London’s Grosvenor Hotel, representatives of start-up agency Isobel were to be seen handing out lovely pink roses to women attendees. Although the […]

I thought it was rather ironic that last week’s article (The dawning of a new age, MW November 13), which started by asking “What is direct marketing? Is it about data driven customer relationships?” was opposite an ad from the Direct Marketing Association urging people to clean their data with a picture a huge pile […]