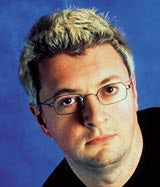 Five’s director of strategy and marketing David Pullan has brought into question research carried out by UKTV that the broadcaster is using to support its decision to shorten the length of its break junctions (MW last week).

Pullan claims that the research which compared recall levels of advertising in standards breaks with those in shortened breaks created a “false situation” by using pre-recruited viewers of a particular channel at a pre-arranged time, rather than monitoring viewers who dipped naturally in and out of the channel and its breaks.

But Mike Smallwood, a consultant who managed the project on behalf of UKTV, defends the research as “legitimate”.

He says: “In an ideal world we would have recruited viewers off the street”, but because of the size of audiences that UKTV’s channels attract it was not practicable and cost-effective to do so.

The main piece of quantitative research, conducted by Billetts, used about 1,000 respondents who were told research was being conducted into viewing habits and were asked whether they were going to watch UKTV Gold the following evening. In follow-up calls, specific questions relating to advertising recall and programming were asked. It was found that there was a ten per cent increase in recall levels for ads in shorter breaks.

Research conducted by Blinc also shows an increase in recall levels, from 55 per cent for a standard break with nine ads to 77 per cent when the number of ads were reduced to seven.

As a result UKTV is reducing the length of its break junctions to five minutes.