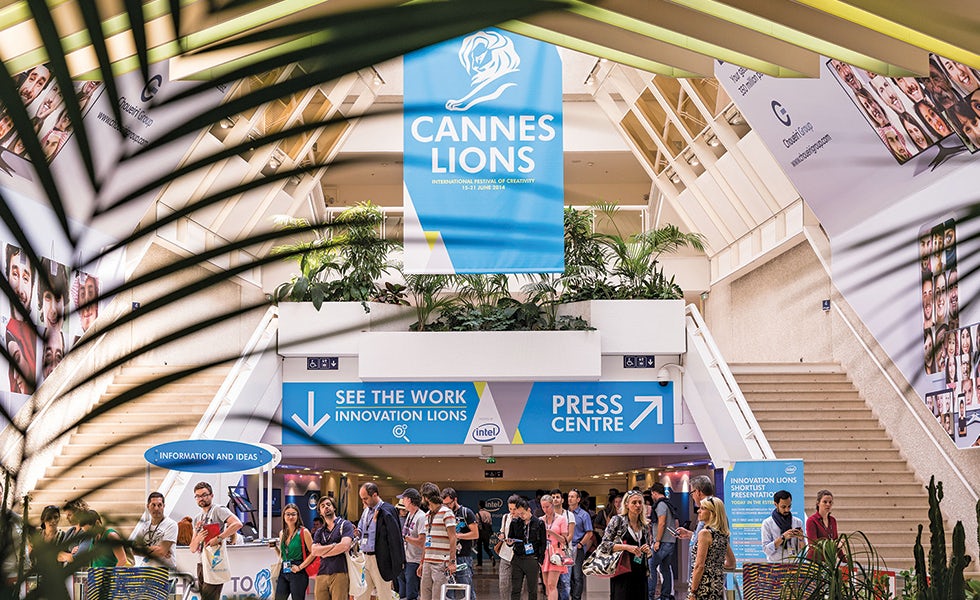 The time is once again upon us when ad land comes together to celebrate the best in marketing and creative, so here’s our list of the top talks and sessions to focus on.

It’s an issue that’s gained traction over the past few years and this year’s Cannes agenda is dotted with talks, awards and panel sessions tackling the impact on the industry.

In recognition of the rumblings around the issue in ad land, 2015 sees the launch of a new award in the Glass Lion. It sets out to address gender inequality or prejudice and was created in partnership with Facebook COO Sheryl Sandberg’s initiative for the support of women in business, LeanIn.org. Proceeds will also go to a charity chosen from a shortlist of 10 by Cannes Lions delegates during the Festival.

For those attending the conference talks in the Palais, or watching the live stream at home, LeanIn.org will be hosting a session on the business case for gender diversity on 25 June at Audi A, 3:30pm (CEST) with Dana Anderson, senior vice president and CMO of Mondelēz.

Grand Audi on 22 June at 12pm will see editorial director and publisher of Dazed, Jefferson Hack, talk to Samantha Morton about her experiences in the movie industry, considering the fact that only 6% of the films created in 2013 were directed by women – an issue that was raised at this years Cannes Film Festival.

Beyond the conference centre attendees can head to Microsoft’s Beach Club to attend its ‘Fast Talks’ sessions, which will see Coca-Cola’s Wendy Clark speak on a panel called ‘Creative women at the forefront’ on 24 June at 2:30pm.

Think just having the Cannes Lions Festival isn’t enough? Well you’re in luck, this year there will be the inaugural Cannes Innovation – a festival within the festival. 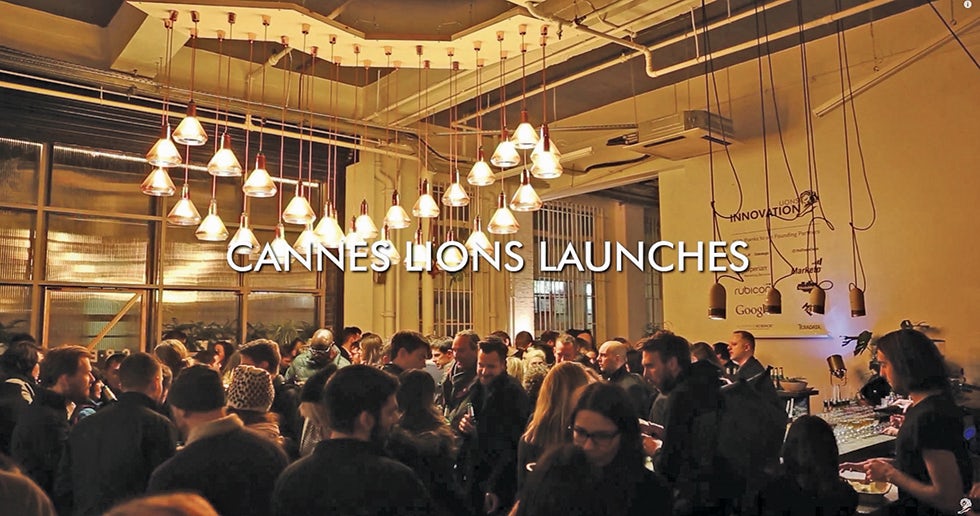 The aim is to find out how marketers are approaching innovation and combining data, technology and creativity. The idea came about following a survey of Cannes Lions attendees which found that while 92% of agencies questioned felt optimistic about the future, 54% believe their company wants to be more innovative but doesn’t know how and 38% think culture doesn’t make innovation easy.

A series of talks will run across the 25 and 26 June looking at how to embrace innovation and how innovators, storytellers and brands can work more closely together.

Audi will be taking to the stage for the first time with Luca de Meo, member of the board management for sales and marketing, talking about projects such as piloted driving and how they succeed through a combination of expertise, courage and “pioneering spirit”.

Lions Innovation will also tackle another popular theme at the festival in diversity having found that just 17% of the tech workforce are women. Domino’s VP of advertising Karen Kaiser will talk about her role at the brand since she joined in 2000 at 10am on the 25 June.

Unilever Foundry is also a partner and will launch the ‘Foundry 50’ aimed at bringing some of the best technology startups to Cannes. These are the guys marketers should be keeping an eye on.

Head down to the beach

The beach has a lot to offer in Cannes – a place to sip your rose and watch the sun go down or party into the night . But it’s also hosting a number of interesting events away from the bunfight of the main talks.

The Economist is holding a series of morning networking events where some of the top marketers at brands such as Airbnb, Diageo and Mars will be talking on a panel. It’s an opportunity to pick the brains of some of the world’s top marketers as well as network with peers.

Taking place along the beach front from 10.30am to 11.30am every morning they’ll be a great way to start the day. And if you can only make one, go for Wednesday’s session with P&G’s Marc Pritchard and Mondelez’s Dana Anderson, sure to be a lively start to the day.

If early(ish) morning isn’t your thing, Google will be holding a series of ‘Lightning Talks’ at their beachside location most afternoons.

Want to find out more about YouTube? The firm’s head of culture Kevin Alloca will be talking at 2pm on Monday 22 June about the video network’s 10th anniversary while multichannel network Maker Studios will be discussing “democratising creativity” at 2pm on the Wednesday (24 June).

Celebrating creativity is at the core of the Cannes Lions festival so its no surprise that entries in the creative effectiveness category have doubled from last year at 160 entries. Other categories that are on the rise are film (+8%), branded content and entertainment (+18%) and film craft (+6%).

Two areas that have seen a decline are the press and outdoor categories but CEO of the Lions Festival, Philip Thomas, said that while “well documented challenges of these media could be behind this decrease, we should be wary of drawing hasty conclusions from just one year’s data”. Thomas also noted that the radio category bounced back this year following years of decline.

Agency Leo Burnett released its predictions last week and boasts 84% accuracy in those most likely to be taking home a Cannes Lion.

Here are a few of the top contenders in the list, including Beats by Dre for ‘The game before the game’, by agency R/GA, which focuses on Brazilian footballer Neymar and his moments before stepping out onto the pitch.

AKQA’s ‘House of mamba’ is also predicted to win this year with it’s activity in China for Nike, inviting players to take part in a coaching session with basketball giants LeBron James and Kobe Bryant on what they say is the worlds first interactive LED court.

AMV BBDO’s Guinness Africa ad is also a contender for its attempts at targeting the country with an ad that celebrates Black, not as a colour but as an attitude.

Leo Burnett’s own work with the P&G Always #LikeAGirl campaign is a hot contender, and has already been a widely talked about and celebrated campaign that aims to shun the negativity of the phrase and will no doubt pick up some Lions this year.

It’s become a staple part of many conference line up over the past few years and to top last year’s celebrity line-up, which included a surprise visit from rapper Kayne West, Cannes is hosting a whole load more.

Attendees, and those of you streaming here in the UK, can listen to global artist Marilyn Manson on Monday 22 June from 1pm at the Grand Audi as part of agency Grey’s music seminar and is sure to be a lively session.

Continuing the music theme, Pharrell Williams will be taking the stage for an early morning kick-start on unleashing creativity through collaboration at Grand Audi on Tuesday 23 June at 10am. Publicis chairman and CEO Maurice Lévy will also be talking about celebrity endorsement with DJ David Guetta at Grand Audi on 25 June at 4pm.

An industry celebrity, Sir Martin Sorrell will be grilled by BBC’s HARDtalk presenter Stephen Sackur on Wednesday 24 June at 12:30 at Debussy stage, it will also be broadcast across the BBC World News network.

Fans of reality TV can also tune into Kim Kardashian on Hollywood and trends in digital storytelling, looking at the success of her video game aptly titled ‘Kim Kardashian: Hollywood’ – you never know Kayne might make a special appearance again.

If none of those take your fancy, Jamie Oliver, Al Gore, Professor Brain Cox, Sir Kenneth Branagh and Natalie Imbruglia are all on stage throughout the week.

*NOTE: all times are in central European summer time (CEST)

How marketers are rewriting the creative process at Cannes Lions

Meet the Marketing Week team (and friends) in Cannes 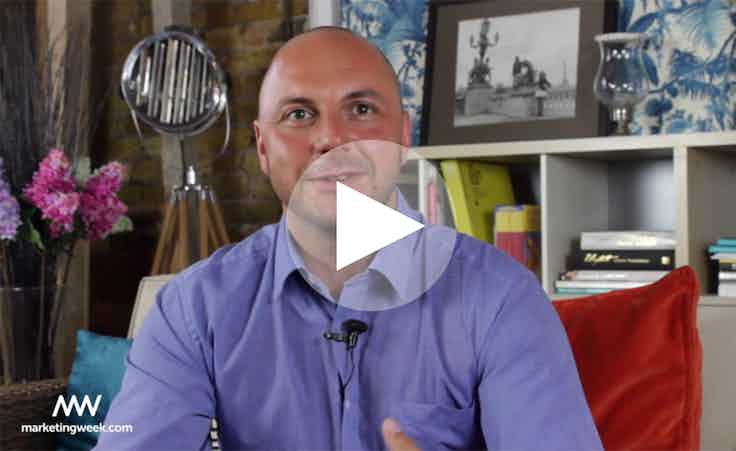 Marketers and insight experts give their advice on how to get the best results out of online communities, and explain why it’s key to go in with an objective in mind.