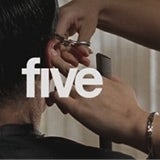 Five this week announced the much-anticipated launch of two digital free-to-air channels, signalling its intent to be a multi-channel player and staving off a potential post-analogue death knell. Chief executive Jane Lighting says the announcement marks the “most important development in Five’s history” since its switch-on nine years ago.

The broadcaster has been derided by much of the media industry for failing to keep pace with digital change, but commentators are now cautiously welcoming Five’s plans. Starcom UK trading director Chris Locke says: “There is no room for a linear business in the 21st century.”

Five US, focusing on American drama, film and sports, and Five Life, which will concentrate on female-friendly lifestyle programming and pre-school strand Milkshake!, will launch on Freeview this autumn, and there are also plans to make both available on satellite and cable. The availability of the Freeview capacity is linked to Five’s strategic investment in Top Up TV’s business.

Until now, Five has steadfastly remained a one-channel broadcaster while competitors have built digital portfolios. One problem was that its two shareholders, RTL and United Business Media, had differing views about its future plans. But last July RTL, one of Europe’s largest free-to-air broadcasters, took sole control of the channel and promised major investment.

“Not having a digital strategy would have been the death knell for Five eventually,” adds Locke. He says that falling ratings and no digital presence have hindered the channel from garnering more revenue year on year. He believes that despite being “two years too late” in launching a multi-channel strategy, ITV1’s “accelerated” decline and the role of Contract Rights Renewal have given it a “get out of jail card”.

Locke says that by launching an American content channel, Five can capitalise on its strengths in acquiring quality US drama, while Five Life will plug a gap that exists on Freeview. “Multi-channel is a big opportunity for Five,” he adds.

Adam Turner, broadcast director at media agency PHD, concurs. He argues that the biggest losers will be the independent digital channels that have no Freeview presence but air similar programming to Five. They will suffer from the broadcaster’s ability to cross-promote its channels. “This is another blow to the more independent stations such as SciFi. Apart from direct response revenue they are not going to remain competitive.” Turner adds that the move marks an intensification of the “cluttered” media market and says consumers are becoming more aware of programme brands over channel brands.

That is an issue that creative agency Vallance Carruthers Coleman Priest, appointed earlier this year, will tackle. One person close to the broadcaster says: “Five needs to develop a really strong masterbrand, on and off air, because a lot of people aren’t viewing it regularly. It’s no good driving people just to the programmes if they then dip out of the channel again. Five needs to get to the point where it is in people’s repertoire.”

According to Accenture media partner Theresa Wise, Five can look to the post-analogue world with some confidence if it hits on the right strategy. She says that Five is better placed than many because of RTL’s investment. “The multi-channel market is an issue for all terrestrials, although ITV and Channel 4 have got their acts together and are gathering momentum,” she says. “It will be difficult for Five but it is now in a better position than any of the satellite channels.”