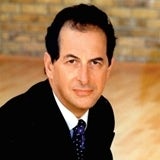 Top-level talks took place at the channel after the first details of terrestrial broadcaster Five revealed its digital plans earlier this summer. The channel, owned by RTL, is launching Five US and Five Life on Freeview this autumn.

Hill-Davies says that management, including chairman David Elstein, debated whether to change Hallmark’s strategy in the face of strong competition from Five, which would have larger marketing and acquisition budgets. They considered moving Hallmark away from “pure drama” to such genres as talk shows, reality shows and sitcoms.

Hill-Davies says that the channel now plans to compete head on with Five US. She says: “They are going to be looking the same way as we are for our daytime stuff; so we are going to have to have our eyes on the ball,”

Hill-Davies also reveals that Sparrowhawk intends to launch a further three digital channels during the next three years following the success of second channel Movies 24, which launched last month.

Elstein fronted the acquisition last year of the international assets of the Hallmark Channel for $245m from Crown Media Holdings.