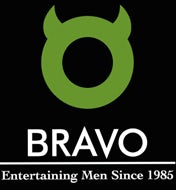 Webb was previously director of programming for Bravo, Bravo2, Trouble and Challenge. He will report into Malcolm Wall, content chief executive for Flextech owner NTL:Telewest. Webb will also be part of the content board.

Opie announced she was leaving Flextech, NTL’s content arm, in June this year after 13 years but was only confirmed as joining Five earlier this week. Her appointment led to the departure of Five director of programmes Dan Chambers, as reported on marketingweek.co.uk. She had been Flextech managing director since 2003.

Webb was responsible for moving Challenge away from its staple of game shows and axing Bravo’s “laddism” strategy.