Marketing Week (MW): How have your own experiences with risk and failure informed your thinking?

Seth Godin (SG): Most of the businesses I’ve launched have failed and I wouldn’t have it any other way. Picasso painted thousands of paintings but only 200 were among the greatest paintings of all time. If he had said ‘I failed most of the time’, you would say ‘no, you had to go through all that to paint [the war tableau] Guernica’. Yet we have a different approach when we talk about someone in business. My point is that, in future, we should be talking about all of those elements of art [in a business context], which means failure and storytelling.

MW: In an economic downturn why should brands take more risks as you suggest in your new book The Icarus Deception?

SG: The industrial age is ending and a new economy – what I call the connection economy – is emerging. All of the advances that we have made from industrial effort have mostly been extracted: we can’t figure out how to make a phone or a pair of shoes cheaper. The talented people are spending their effort on building connections rather than designing new factories.

Too often the chief executive and chief marketing officer will ask their agency to give more of what they gave yesterday but with 10 per cent more growth. That incremental thinking is industrial thinking and it doesn’t scale the way it used to.

The brands that we’re familiar with cannot achieve the growth they seek simply by putting another advert on TV. In the connection economy, value exists when people trust you and organisations do something special. People don’t connect with someone who’s merely playing it safe and doing what they did yesterday.

MW: What do you mean by ‘Icarus Deception’?

SG: The myth of Icarus has changed. Today, the meaning is ‘don’t fly too close to the sun’. The original meaning was that but also ‘don’t fly too low because the water in the sea will ruin the lift in your wings and you will perish’. My book is a manifesto to highlight opportunities that come from flying closer to the sun.

SG: The question is should organisations be creating what I call art – are they doing things that matter to people? The answer is some are. In the US, I would use the example of Starbucks, which has invested hundreds of millions of dollars creating the instant coffee brand VIA.

That flies in the face of what an industrial organisation would have done, which is not to risk damaging itself. But Starbucks has been selling instant coffee in its stores and is now relentlessly pushing it into other types of retailers. That isn’t the act of an organisation that is resting on its laurels: it’s the act of one that wants to do something different and will keep trying until it figures out how to succeed.

MW: Are there any big UK brands that are following this model?

SG: Virgin is a good example. Sir Richard Branson hasn’t really attempted to run his businesses better than the competition – Virgin Cola was not run better than Coca-Cola, for example. What he’s done is say ‘the industrial part is easy, we’ll just take that as a given – now what’s the most interesting way we can use that?’ Virgin looks at the most interesting thing it can launch and aims to do it in a way that’s a bit cheeky so that people will want to talk about it. Branson’s success is down to the fact that he creates stories rather than just things. The stories are what we tell each other.

MW: What brands or businesses have failed as a result of being risk averse?

SG: The record and book businesses. As formats change, rather than embracing it as a chance to tell a new story, they have fought it. In the book business, there are very few publishers who have said ‘e-books are a good thing, let’s build a business around them’. They’re trying to push against them and fight them.

MW: Why do you argue that high-quality products are no longer ‘scarce’?

SG: If I designed something and sent the idea to a factory, I could have a first-rate product delivered to me in two weeks. Brands can no longer say to people ‘please buy this from me because it’s really difficult to make’. The act of making a cast iron pan or a pair of shoes is now a given. That doesn’t mean that everyone has everything they need. It means knowing how to make something isn’t a guarantee of success.

MW: What types of brands will thrive in the ‘connection economy’?

SG: A brand is a set of promises and expectations between a product or organisation and people. Given that it’s become easier for smaller teams to make things, and that large-scale distribution is less important, I think we will see small groups of passionate people who make stuff and connect directly with the people who use them. There’s little advantage to the competitor with an office building and 10,000 employees because it isn’t providing a function that the smaller team can’t buy at a cheaper cost.

MW: What were your 2012 marketing highlights?

SG: After 2012 it’s no longer a debate as to whether marketing and advertising are different things – everyone agrees that they are. Advertising used to be the only thing that a marketer did. If you look at some of the biggest ad agencies in the US, more than half of their revenue now comes from activities that aren’t advertising; that’s the biggest shift.

When I see the likes of Twitter and Facebook twisting themselves into pretzels to make more money from advertising, it makes me sad because they’ve traded in that connection and trust so that they can make Wall Street happy.

SG: The question is what are we building? What are we measuring? Is the chain of executives in a company going to keep track of whether a particular TV commercial was clever or do they keep track of whether they’ve earned more trust than they had a year ago? When the financial markets and the people spending the money at the top start measuring those elements that matter, it’s then that we’ll see the profession stand up and say ‘yes, that’s what we do – we don’t create clever advertisements, we create products that people want to talk about’. 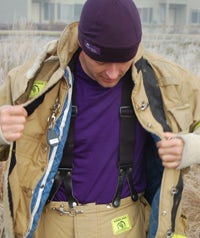 “Increasingly, we’re going to see that there are two categories of goods,” argues Godin. “That will either be the average, invisible stuff that I buy as cheap as I can, or the special, connected, magical stuff that I’m willing to pay a premium for. One represents a race to the bottom and the other a race to the top. What marketers have to decide is which team they are signing up for.”

Godin says that “smaller, more personal operations” are often willing to fly closer to the sun in order to create these “magical” brands. He argues that many start-ups and small firms are inclined to try something different as “they don’t have to go to 50 committee meetings to take decisions” and because their size allows them to connect directly with customers.

“All strike me as non-corporate, personal, vulnerable and about doing something different and important,” he says.

These brands also fulfil Godin’s criteria of brands that tell ‘stories’ in order to connect with customers. Armadillo Merino, for example, provides detailed information about how its products are manufactured and the situations in which they are worn. The Derbyshire-based company has also set up a community for people to share their experiences of wearing merino wool in extreme conditions. The quality of the products is reflected in the price: high performance tops retail at £50-£100.

Godin at a glance 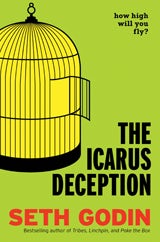 Seth Godin is one of the world’s most widely read marketers. His blog is followed by more than a million people. Forbes Magazine calls Godin “a demigod on the web”, while American Way magazine has dubbed him “America’s greatest marketer”.

Godin is also a seasoned internet entrepreneur. His first company Yoyodyne was acquired by Yahoo! in 1998, after which he became vice-president of direct marketing at Yahoo! for a year. His latest company, Squidoo.com, is among the top 60 most visited sites in the US, according to Quantcast. The site allows people to build a web page about any topic that interests them and pays royalties to the creators and to charity.

The Icarus Deception, published this week, is Godin’s 15th book and pioneers a new approach to publishing. He worked with crowd-funding website Kickstarter to raise nearly $300,000 from more than 4,000 backers who pledged to support the book prior to publication through Portfolio Penguin. 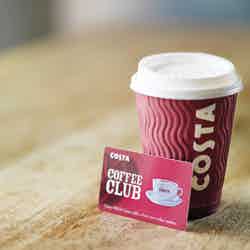 New research examines what prompts women to recommend products and which media channels they prefer.