The 1980s were a period of power shifts across many aspects of marketing and advertising. One of the key shifts for marketers was the changing relationship between FMCG brand owners and grocery retailers.

Once upon a time, FMCG marketers held all of the cards. They would announce that a brand was going to go onto TV, load stock into the welcoming arms of the retailers, and watch it be given prime position in store and then (everyone hoped) fly off the shelves. As the 1970s shape-shifted into the 1980s, all of this began to change.

Grocery retailers began to question why they had to dance to the manufacturers’ tune. After all, didn’t they own the customers that came through their doors?

In this post-Green Shield stamps, pre-loyalty cards era, the key weapon of choice to shift the power from the brand owner to the store was own-label. Add to that fresh vegetables, fruit, meat and fish – themselves an aspect of own-label – and retailers had gained control over a large chunk of their own shelf and floor space.

READ MORE: Why brands are starting to reward the right type of behaviour over spend

Packaged own-label products, led by Sainsbury’s, began to spread across the store and, critically, began to increase in quality. Own-label had been around for a long time, mainly as low-price offerings in a limited range of market sectors, but now they began to appear everywhere and were often as high-ariequality as (sometimes better than) the brand leader. Plus they were cheaper – and offered better margins to the retailer.

Retailers first matched, and then surpassed, the advertising budgets of the FMCG companies.

At the same time, fruit and veg offerings were extended, and the quality improved. Meat and fish counters were introduced, and so were delicatessens. Sainsbury’s was again the front-runner, but all of the main grocery retailers rapidly followed suit. The one-stop shop, offering a high-quality range of products at good prices, became a reality for many shoppers. But which one should they choose?

This new approach to grocery retailing demanded a new approach to the marketing of these up-and-coming brands. Retailers needed marketing and advertising expertise and began to build their own departments. In this they were echoing a trend across other industries as marketing gained more prominence in sectors previously untouched by it. Alongside grocery (and other) retailers, car manufacturers and financial services companies (in particular banks) began to hire marketers.

And these marketers came, in the main, from the FMCG companies which, almost alone, had been training up the marketers of the future. This was also where all of the major marketing techniques had been developed. So as the grocery chains began to see themselves as brands that were as powerful as those that they carried on their shelves, they looked to those brand owners for talent. And they first matched, and then surpassed, the advertising budgets of the FMCG companies.

By 1987, 10 of the top 20 advertisers listed in Marketing Week’s annual table were retailers, including Asda, Tesco and Boots. Plus some other names that did not stay the course – MFI, Comet, Rumbelows, Texas Homecare, Woolworths – which proves that adding a marketing department and a large ad budget is not an automatic route to success.

Add to these financial services brands like Abbey National, Midland Bank and National Westminster Bank – all with substantial high street presences – and retail (broadly defined) was where it was at.

The only FMCG brands in the top 20 were Benson & Hedges and Players Superkings cigarettes. Dig into the next 15 and you find Ariel, Whiskas and Nescafé but it was clear that the day of the FMCG brands as mega advertisers had passed.

So where did all of that packaged grocery brand marketing budget move to?

Through the 1980s, brand owners slowly gave up the pretence that they ‘owned’ the consumers that bought their products. They couldn’t just go on TV and expect shelves to be stocked and sales to rise – not least because their route to market was controlled by intermediaries whose commercial interests were different from their own.

This meant that sales promotions became a growing part of the FMCG marketing repertoire: money-off coupons, competitions, special packs, extra quantity for the same price, BOGOF, shelf wobblers, coupon collection schemes. Running a promotion gave the national accounts team of an FMCG company something to talk about when having that tough meeting with a retail buyer. It was a way of getting a brand into stores, or getting them more (or better) shelf space.

It was also, in a poacher-turned-gamekeeper move, a way of getting brands into stores’ own advertising campaigns – in particular the then-powerful medium of local papers.

At a time when all of the supermarket chains were competing on price, and were exerting pressure on brands to cut prices, either to boost the chain’s own margins or so that it could offer keener prices to its customers, running a promotion was a way of maintaining control over the brand, and avoiding competing only on price.

Through the 1980s the brand owners slowly gave up the pretence that they ‘owned’ the consumers that bought their products.

Direct marketing was then very much in its infancy, but a lot of these promotions were also designed to build databases of product users for the manufacturers – another way they could try to claw back some brand control from the retailers through having direct contact with their customers.

In the 1980s, all of these activities were bundled together as ‘below-the-line’ (where display advertising was above-the-line). The purveyors of these techniques on the agency side had always been looked down on by their advertising brethren but as the balance of power and of spend on the FMCG side moved away from traditional advertising, these below-the-line or promotional marketing agencies began to gain a higher and higher profile.

READ MORE: How ‘JR Hartley’ helped Yellow Pages shift perceptions – The making of the UK’s favourite ad of the 1980s

A number of them – Kingsland Lloyd Petersen (KLP) in particular – joined the agency rush to list on the London Stock Exchange. And the international advertising agency groups hurried to build their own promotional marketing networks, either by launch or acquisition. KLP exemplified the trajectory – founded in 1973, floated in 1983, closed down by owner Havas in 2016.

Ah for the simple days before the rise of the internet. 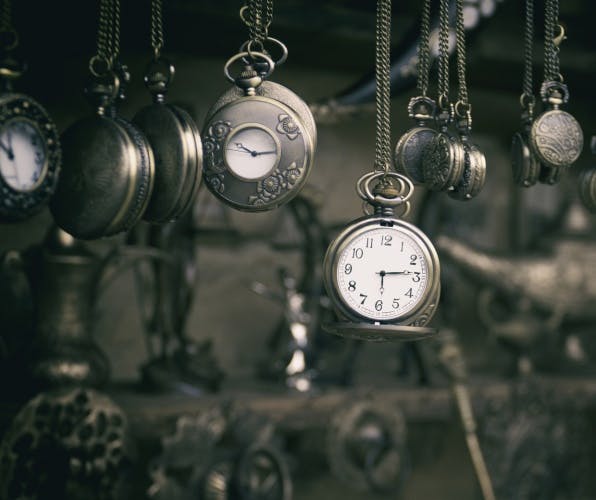