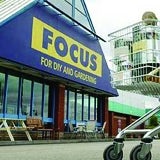 The retailer has appointed Ernst & Young as the administrator. The group is said to be in talks as to whether the chain can be sold as a going concern, or will have to cease trading.

Focus is owned by private equity group Cerberus, which bought the chain in 2007 for £1.

It appointed former MFI marketer Michael Greenhalgh as its head of marketing after the role has been vacant for a number of months.

Business advisory firm Deloitte revealed today (5 May) that retail administrations are at the highest number since the peak of the recession and have increased 30% year on year.

In the first quarter of the year 60 retailers fell into administration compared with 46 in the same period last year.

Lee Manning, reorganisation services partner at Deloitte, says: “The sector is heavily reliant on buoyant consumer spending and the increase in VAT and the Government’s austerity measures are undoubtedly hitting the sector hard.

“Whilst the retail sector has fared the worst this quarter, this trend is very much in line with the overall direction of the market.”

Earlier this year Oddbins was put into administration after a failed Company Voluntary Agreement (CVA). Thirty-seven of the chain’s 55 closed stores, but not the Oddbins brand, were sold to independent wine retailer Whittall’s Wine Merchants.