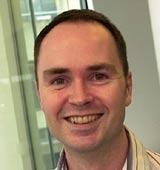 Heinz’s recent decision to pull its ad spend (MW July 21) raised a few eyebrows. However, in truth, this is simply the latest example of a long-term malaise in food marketing. Whereas advertising titans such as the Jolly Green Giant, the Smash aliens and the Philadelphia girls once captured the public’s imagination, “famous food” campaigns are few and far between nowadays.

What is clear is that food manufacturers are under incredible pressure from all sides. Most obviously, they are at the mercy of the retailers who are squeezing their margins, shelf-space and promotional freedom like never before. At the same time, they are being put under severe scrutiny by the anti-obesity lobby and being out-shouted by new advertisers in growing service sectors.

But is it necessarily game over for food advertising? No. If anything, all the threats outlined above point to the need for greater differentiation and consumer engagement rather than less. And advertising – in its very broadest sense – remains the surest way to achieve these aims. However, if they are to succeed, food companies (and their agencies) need to change their approach to communications in five key ways. First, they need to tap into deeper human truths. Looking at a reel of modern food advertising, one is struck by the trivial nature of much of the communication: new pack formats, minor recipe enhancements and functional messages, such as range or ease of use. Now of course, any communications vehicle worth its salt (if you’ll pardon the culinary pun) should be able to incorporate such rational points. But food also has an emotional dimension that should not be ignored. Yes, it fills our stomachs, but it also feeds our souls, binds our families, impresses our friends, stokes our passions and fires our imaginations. The best food advertisers, from Oxo to Hellmann’s, have always known the power of tapping into such universal human truths, but recently we seem to have forgotten this fact.

Second, food brands need to be more opinionated. Tapping into human truths doesn’t mean reflecting real life. But too much food advertising still holds up a mirror to the consumer, leading to humdrum scenarios (suburban kitchens and living rooms), stereotypical characters (the busy housewife, the fussy kid, the incompetent dad) and zero cut-through. Brands such as Olivio/Bertolli (which has taken our basic drive for longevity and transformed it into something magical) have much to teach us on the value of developing a unique point of view on a big human theme.

Third, food brands need to place greater emphasis on craft skills. At its best, food is an art, something created with passion and presented with pride. So it’s surprising how this sense of craftsmanship is often absent from food advertising. I should emphasise that I’m not advocating the kind of communications that dwell endlessly on product shots at the expense of any idea. But I am wary of the current vogue to show the product as disposable (chewed while singing, dribbled down clothes or spat out in disgust, to name but three recent examples). And I am sure that mandating quality cues is not an unfair constraint on creativity: Waitrose probably conveys product values more effectively than any other advertiser, and yet the food itself is never actually shown.

Food brands also need to think broader in terms of media. Too many players still rely on a formulaic mixture of daytime television and women’s magazines. And yet there is so much room for greater inventiveness. In particular, food brands need to see themselves as media and devote as much attention and creativity to their own packaging as they would to a glitzy TV advertisement. The likes of Hovis and Innocent Smoothies have proved that one’s own pack can be a wonderfully versatile medium: impactful, informative and entertaining. Other companies need to open their eyes to these possibilities too. Finally, food brands need to be prepared to break the rules. More than any other, this is a sector that is ridden with rituals, customs and traditions. Too often, these conventions

filter into the marketing process, exerting a stranglehold on otherwise fertile imaginations. And yet cases such as HÃ¤agen Dazs (which dared to suggest that ice cream – hitherto an innocent treat for children – could be sexy) demonstrate that at its best, convention-busting food advertising can transform an entire market, not just a single brand.

There is indeed a future for brand-building food communications. But, as in all sectors, this future will favour the brave. For the sake of a much-loved icon, and a previous standard-bearer in this area, I hope Heinz is part of it. v

British Gas is launching a “green” package that will reward householders with Â£20 cash-back a year for being more energy efficient.

Trojan Condoms is rolling out its Safe Ride Home scheme across the UK.

Nintendo is ramping up its marketing activity in the run-up to Christmas with a Â£5m-plus advertising blitz aimed at fashion-conscious young adults, women and dog lovers.