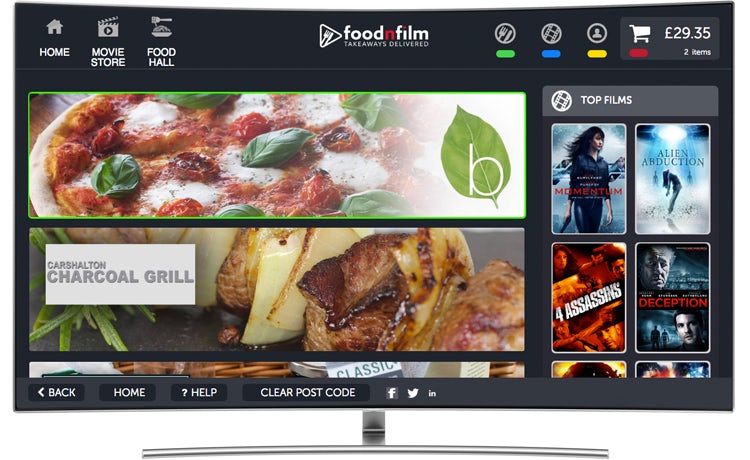 At first glance, Foodnfilm seems like just another business eager to capitalise on the rapidly growing food delivery sector.

But there is a difference, says its founder and CEO Leslie Golding. The brand wants to change the way people order their takeaway food by creating an app specifically designed for smart TVs, rather than mobile phones.

The app is integrated on the TV’s operating system and allows users to order food and convenience items on the big screen and track orders in real-time, while simultaneously watching a movie of their choice.

It is also possible to use the app to only order food and use the smart TV to watch Netflix or BBC iPlayer. The service it provides is what the brand refers to as ‘t-commerce’.

“We are predominantly focused on food. The film part is like when people went into a petrol station back in the day and they’d see a DVD and make an impulse purchase,” Golding says.

“At the moment people do things through smart boxes but ultimately people will want to get rid of them to remove the clutter and just have a TV on the wall.”

Despite the brand’s focus on food, it started its journey by prioritising technology and partnerships.

It has partnered with Samsung to integrate Foodnfilm into most of its smart TVs. Last month, the brand also partnered with LG. As a result, the t-commerce platform is now available on more than seven million smart TVs in the UK.

Foodnfilm is now focusing on adding food partners “at a rapid rate”, and hopes to have the UK covered by the end of the year. These include Bevy, which delivers drinks and snacks on-demand between 6pm and 6am in London, and pizza chain Basilico.

It is also working with Andromeda, which is a systems integrator with more than 2,000 online food delivery companies on its books, ranging from independents Shinobi Sushi and Carshalton Grill to bigger brands such as Firezza and Papa John’s.

Its marketing is equally partner-focused and looks to bring together “the digital and physical”. Basilico will be putting flyers about the app on 130,000 of its boxes, and the brand says it is eager to develop “more innovative” promotions, such as personalised food offers, as time goes on.

While Samsung says it isn’t doing any dedicated promotions just yet, it might reconsider over the coming months once the service has started to roll out.

Of course, Foodnfilm is not the only brand playing in the food delivery space and faces hefty competition.

The sector’s biggest player, Just Eat, launched a smart TV app in the Apple store last year. Foodnfilm’s CEO says he has not seen the brand in the app store, but a spokeswoman for Just Eat says it is available.

It doesn’t really matter to us who is ‘winning’, as we’re embedded within the TV and have partnerships with multiple manufacturers – no other food app can say this.

William Dye, chairman at the brand, says this ultimately does not matter – he believes the brand being embedded into smart TVs will set it apart from competitors.

“It doesn’t really matter to us who is ‘winning’, as we’re embedded within the TV and have partnerships with multiple manufacturers – no other food app can say this,” he says.

One problem the brand does face, however, is that TV manufacturers have different operating systems. As a result, it might not work on older systems. When it comes to Samsung TVs, the app will work on six out of 10 TVs sold.

When questioned on whether people will actually ditch their phones in favour of ordering food via their television, the brand says the HD quality and easy-to-use functionality will make a big difference.

“Some three million Samsung unique users now use the smart TV functionality two to three times a week, so the speed of take-up is increasing. Yes, people might pick up their phone, but I believe this will change when they find out they can see food in HD instead of little screens and order it together with the rest of the family,” Golding says.

Ultimately, t-commerce is a market that’s “starting to develop”, and Foodnfilm wants to be at the forefront of it.

Golding concludes: “The whole food market is huge, and for t-commerce this is just the tip of the iceberg. TV manufacturers will also be able to offer other products and services beyond food and film, such as travel. But we think food is the best in-home fit.” 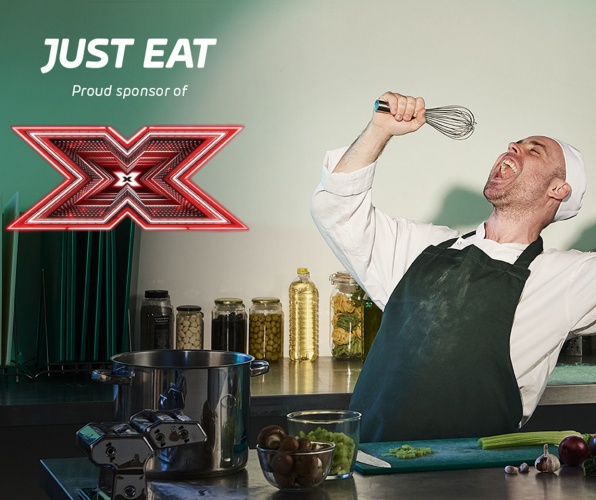 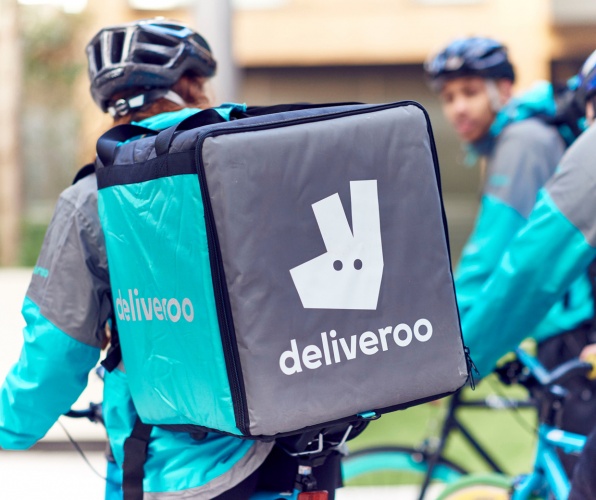 The on-demand food delivery company is now available in 100 towns and cities across the UK. 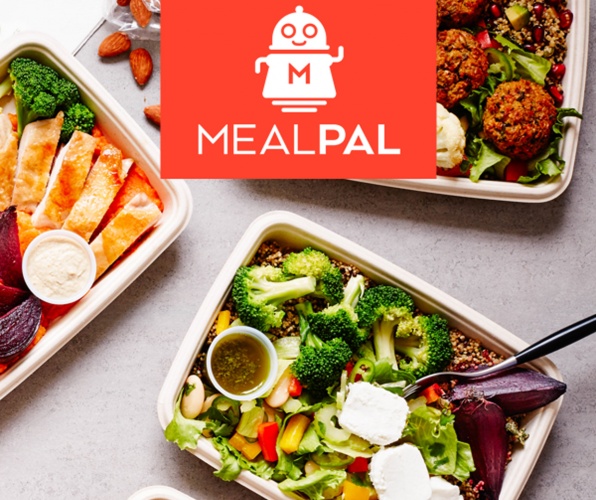 The startup wants to “take the anxiety” out of weekday lunches with a cheaper option for office workers.