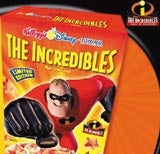 Cereal and snack food manufacturers are expected to be “named and shamed” by the Consumers’ Association (CA) for using cartoon characters to market unhealthy products to small children.

The CA is to reveal a “who’s who” of food manufacturers which it claims are fuelling the obesity, diet and health crisis by using film characters to sell products that are high in salt, fat and sugar. The list is revealed today (Wednesday) at the launch of the CA’s latest report on the food industry.

The consumer watchdog threatened to start a naming and shaming campaign a year ago when it launched its first report into the food industry and its marketing activities (MW March 4, 2004). It issued a number of demands including restrictions on advertising to children and the setting up of a Nutrition Council. It also called for consumers to boycott certain products if the Government failed to act within a month.

In April, the CA published a second report on cereal manufacturers, which it says make misleading health claims. The report was critical of the use of cartoon characters in advertising (MW April 8, 2004).

A number of food manufacturers, including Cereal Partners and Kellogg, and fast-food chain McDonald’s, use film tie-ups for promotional purposes. Some manufacturers also license characters for product launches, such as Cereal Partners’ Mud and Worms cereal which used Dreamworks’ animated film character Shrek on the packaging.