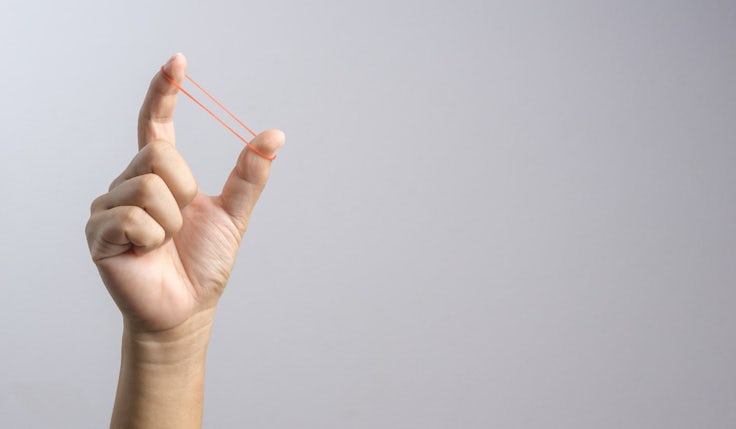 Heinz may be renowned for store cupboard staples, but the 153-year-old brand is venturing into territories new with the launch of Heinz Beanz Filled Hash Browns next month.

The product is part of Heinz’s new frozen range and its “Beanz liberation” mission, which has already seen the brand launch bean burgers and houmous. The hash browns will be available in Iceland, a supermarket which has been home to many unexpected brand extensions, from Cathedral City ready meals to Butterkist ice cream.

John West On the Go lunch pots, Marmite cashews and houmous, and Baileys celebration cakes are some other examples of food and drink brands which have extended beyond their original category into less expected areas. The question is why, and whether stretching a brand away from its core offer is a wise choice.

Founder of Brandon Consultants Richard Taylor says it makes sense for food brands to extend into new categories when they hit a ceiling with how they can innovate in their existing space.

“A great deal of established consumer goods brands with strong memory structures in our minds have leveraged their equity as far as it can often stretch within the current category where they play. To drive growth, they look to adjacent categories in which they can leverage that equity,” he says. 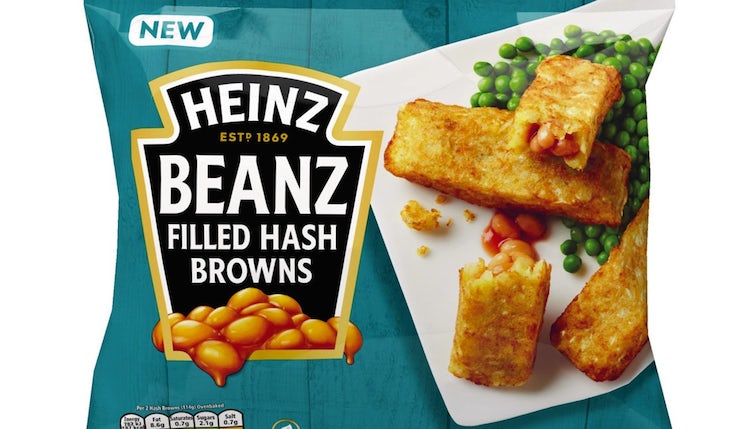 While Heinz is entering new territory in the frozen aisles, beans-filled hash browns aren’t too much of a leap from the brand’s existing occasions, says founder of Passionbrand and Marketing Week columnist Helen Edwards.

“You don’t want to damage your brand in the process [of stretching it],” she says. “But I don’t think this is damaging Heinz’s brand… this is still in the area of breakfast.”

Founder of Big Black Door and former head of marketing at Weetabix, Gareth Turner, agrees Heinz’s venture into an adjacent category is unlikely to have any negative impact on its brand. However, there are limits.

“I think the trust that [Heinz] has with consumers right now will stretch to adjacent categories, but I think it would potentially be in danger of damaging that if it went into something like making Heinz baked bean ice cream, for example,” he says.

However, while Heinz might have permission to explore the frozen category with its beans and hash brown blend – which is proving divisive in terms of consumer reaction – some of those Marketing Week spoke to were sceptical about how much material benefit it will bring.

It’s a great signpost to say, why don’t you go buy the original product.

Managing partner at Osborne Pike, Steve Osborne, worked with Birds Eye on the launch of Ketchips in the early 1990s, as a director at Design Bridge. As the name implies, Ketchips were a ketchup-filled frozen chip, which are no longer to be found.

Osborne says that with product innovations which blend two often paired together foods, brands can sometimes “overestimate the pull of convenience”.

The issue with the bean-filled hash brown is that it’s something which is easy to replicate at home, he says.  He points to other brand extensions such as Marmite cashews and Werther’s caramel popcorn (available in European markets such as Germany) as potentially being more appealing to consumers, as the product is not one that can be easily replicated.

Headline grabbing rather than sales generating

Heinz’s launch of its frozen hash browns is fairly limited in terms of scale, having only launched into Iceland.

However, scale and sales may not be what brands are after when they stretch into unexpected areas. Edwards says the goal for launches such as this can be “more oblique than direct”.

“Sometimes the aim is simply new news for the brand,” she explains, pointing to the press coverage of the Heinz launch.

“Have they managed to stretch this brand into a product line that’s got future, long term, sustainable profitability? Maybe. But also, in a sense, it might not matter that much if they can get some short-term news and salience for the master brand,” she says.

She adds the launch of these kind of products can be used as an “in-store experiment… If it works, it works, and if it doesn’t, it has still generated new news.”

Osborne says sometimes these brand stretches can work effectively as “shopper marketing” rather than as a sales-driving product. Introducing a new product in-store, particularly into a new aisle, can be a reminder to shoppers to pick up the brand’s other offerings, he says.

“It’s a great signpost to say, ‘Why don’t you go buy the original product?’” he explains.

He adds that, provided the extension can be done cost effectively, these product launches are normally worth it for the brands on the basis of the additional marketing space it brings.

However, operational cost is an important consideration when stretching into new categories, as is the organisational resource the new product development requires.

If you’re a smaller brand, that doesn’t mean you can’t do it. I think the key question is, have we got consumer permission to play in this area?

Gareth Turner sounds a note of caution, warning these brand stretching experiments should not be done at the risk of diverting attention and resources away from core products. On the Heinz example, he adds that the penetration of the brand is likely already very high.

“I think for them, the aim would be to try and mop up some other people who perhaps reject them in the beans category, and try and mop up some additional penetration elsewhere in a way that is not too time consuming for their brand team,” Turner says.

Can every brand stretch?

When it comes to grabbing shopper attention with new products, Heinz has the distinctive assets to set itself apart.

The brand is able to use its “strong turquoise colour and keystone distinctive brand assets to leverage its brand in another area of the store”, explains Richard Taylor.

Birds Eye’s Ketchips was also a brand extension that consumers had “no trouble recognising”, says Osborne.

“I think brands that have assets as strong as that, find it very much easier to build line extensions like that,” he adds.

Few brands are lucky enough to have the distinctive assets of Birds Eye and Heinz, but a successful extension can be as much about building on a “core competency” than about the overall reputation of a brand, argues Passionbrand’s Edwards.

‘It’s all about right to play’: How far can EasyGroup push its brand?

For a brand to stretch credibly and without damaging its reputation, it should look to build on what it’s already good at, she says. Edwards cites the example of Cathedral City’s ready meals. These ready meals tend to be food like macaroni cheese or quiche, which hinge on the quality of the cheese.

Therefore, Cathedral City can gain “the consumer permission to play” in this space, she says.

Smaller brands also need to think about gaining this permission from consumers by utilising their core competencies, she adds.

“If it’s an establishoed brand, you’re probably going to get more news generated around it,” she says. “But if you’re a smaller brand, that doesn’t mean you can’t do it. I think the key question is, have we got consumer permission to play in this area?” 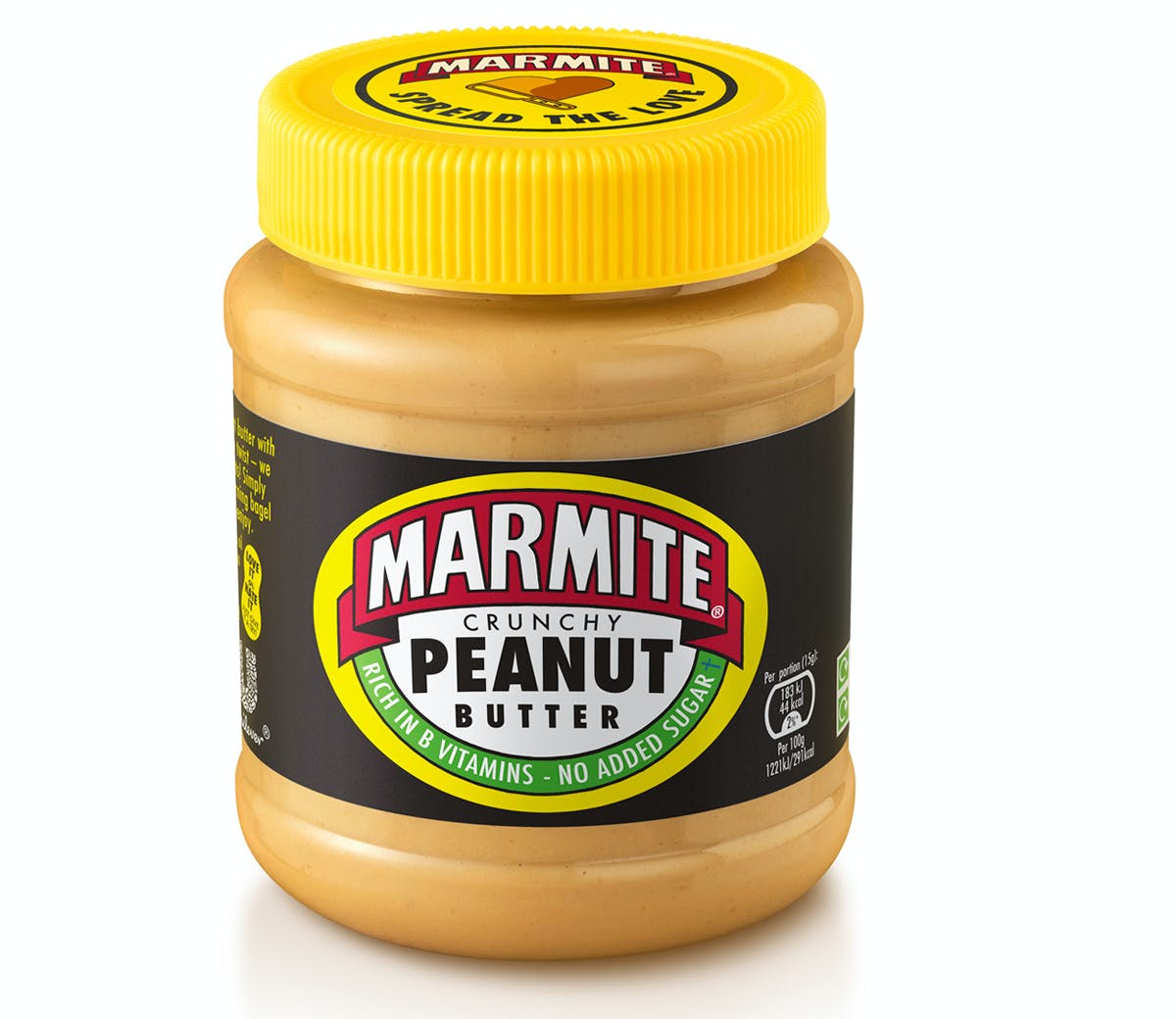 Marmite’s new product might seem like an April Fool but others can learn from the brand’s bold product extension.