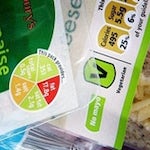 The move follows the government’s July announcement that the Food Standards Agency (FSA) is to lose all its nutrition and labelling responsibility in a shake-up but has survived the axe, following weeks of speculation.

Under the plans, the FSA will retain responsibility for food safety aspects of labelling but, in England, other responsibilities will go to the Department for Environment, Food and Rural Affairs (Defra).

Responsibilities for nutrition labelling will move to the Department of Health at a later date. The three departments will be working closely together to ensure joined up engagement from government on food labelling policy.

The devolved administrations in Scotland, Wales and Northern Ireland are currently considering whether they want to make any alterations to their current arrangements for food labelling and composition policy, given these changes in England.

However, at present, functions that are transferring in England remain the responsibility of the FSA in those countries.

The FSA will retain responsibility for food safety aspects of labeling. Defra will continue to cover its current labelling responsibilities, such as welfare, marketing standards and eco labelling. It will also now deal with labelling where this does not relate to food safety or nutrition. The DH will cover nutritional labelling policy (and relevant EU negotiations).