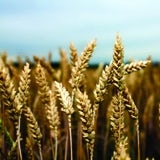 In its latest Food Outlook report, the FAO warns that there are “harder times ahead” as cereals, wheat and sugar crops are in sharp decline.

The warning follows figures from the British Retail Consortium that revealed food price increases in October were the biggest in more than a year.

The FAO says a combination of factors including poor weather conditions and fluctuations in currency markets have affected supply and price of commodities in the past six months.

World stocks of cereals are expected to decline by 7% according to the report.

The price of sugar is already at a 30-year high and will remain “elevated and extremely volatile”.

“With the pressure on world prices of most commodities not abating, the international community must remain vigilant against further supply shocks in 2011 and be prepared,” the FAO says.

“Against this backdrop, consumers may have little choice but to pay higher prices for their food,” it adds.