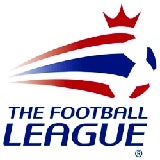 The governing body for all Championship, League One and Two clubs is to launch a business-to-business marketing campaign aimed at attracting backers to add to its existing roster of sponsors, which include Npower, Carling and Johnstone’s Paint.

The Football League, which distributes the money it collects from sponsors to member clubs, will be hoping income earned from new backers can help claw back some of the £23m it is to lose when its new television rights deal with BSkyB comes into play at the start of the 2012/13 season.

The three-year deal, which was signed last month and is worth £65m a year, is worth 26% less than the £88m a year it collects from the current combined Sky/BBC deal.

Greg Clarke, chairman of the Football League, told Marketing Week that although the League is doing “pretty well” financially, new partners will help boost income for clubs under pressure to maintain revenue in a “tough” economic environment that has put pressure on season ticket sales and sponsorship income at some clubs.

The Football League is looking to attract sponsors from sectors not currently represented and Clarke adds that “lots of” opportunities exist at different values.

He says the move to bolster income is part of a “cultural step change” in its operations led by chief commercial officer Stewart Thomson. “It is about adopting a culture of continuous improvement and not just accepting a reasonable deal,” Clarke adds.