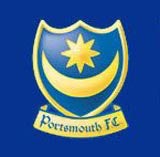 Russian businessman Alexandre Gaydamak’s purchase of half of Portsmouth Football Club for a reported &£15m has caused concern for the team’s supporters. Not only are the 29-year-old’s own finances shrouded in mystery, his billionaire father Arcadi is the subject of an international arrest warrant. The revelations have prompted calls for a tightening of the rules governing investment in the Premiership, and brought the subject of foreign ownership of top English clubs – and its effect on the image of the game – into the spotlight.

Gaydamak Sr, who was arrested in Tel Aviv last week and questioned over an alleged &£28m money-laundering operation, insists he has no involvement in his son’s deal with Portsmouth. But Malcolm Clarke, chairman of the Football Supporters’ Federation, says: “We need to look at the increasing foreign ownership trend, with Roman Abramovich at Chelsea, the Glazers at Manchester United, and now Gaydamak at Portsmouth.”

Sports marketers question the interest of Gaydamak and other foreign investors in the Premiership, and how a lack of strict legislation could mean problems for the clubs involved, for example if the investors lose interest and pull out. Many point out that with the exception of Manchester United, most clubs do not have a big enough global fan base to make money through media rights, licensing and merchandising.

Brian Greenwood, chief executive of sports marketing agency Prism’s UK office, says: “You can’t make money out of a Premiership club – taking out transfer fees, most are running at a loss. It’s about personal profile: would anybody have heard of Abramovich if he hadn’t bought Chelsea? I don’t think the ego element can be underestimated.”

Andy Clilverd, managing director at BLM Sports Marketing, agrees: “People don’t invest in football to make money. In the case of someone such as Abramovich, Chelsea is probably just a trainset for him.”

Motivations aside, another issue is the unique nature of the market. Unlike normal consumers – who go elsewhere if a product drops in quality or rises in price – football fans have traditionally been fiercely loyal. Rather than switch allegiance, they often oppose deals. In the case of the Glazers and Manchester United, fans encouraged a boycott of sponsors’ products; it has been suggested that the problems were a factor in Vodafone’s decision to pull out of its &£5m deal with the club late last year.

Sponsorship consultants say brand owners are cautious about who they are associated with, and may demur if questions arise over the suitability of an investor. Other observers worry that unchecked investment, as in the case of Chelsea, may create a clutch of untouchable “superclubs”. If interest wanes and viewing figures fall, they point out, sponsorship deals will be worth less and smaller clubs could lose out on revenue.

Most agree these are long-term problems, but there have been murmurings from disgruntled fans unhappy with management of the Premiership. Some warn that sponsors may eventually start to look elsewhere. Shaun Whatling, associate director at sponsorship consultancy RedMandarin, says: “There have been reports of a decline in interest in the Premiership from fans who think the game is being fleeced. We question whether there is true brand loyalty to new sponsors entering the Premiership now.”

Sports minister Richard Caborn has instigated an examination of rules governing investment in football clubs. It is an issue that both the FA and the Premiership should perhaps have tackled earlier.